When you transfer money to your friend’s account, ever wondered how it works? You just specify the account number and the routing number. But what actually happens behind the scenes? Here is a step by step breakdown of how a bank transfer via ACH works. We’ll try to steer away from jargon as much as possible.

ACH Transfers are electronic transactions which allow people to pay directly via their bank accounts. It is for banks based in the United States only. The UK equivalent of an ACH payments is SEPA. Gocardless is also slowly emerging as an alternative in the UK. (Chargebee now supports ACH in the US. We’re looking at SEPA & Gocardless next!).

Here’s the breakdown: Millions of bank transactions happen everyday among different banks. You transfer money from your Bank of America account to your friend’s Silicon Valley Bank account, while she transfers money to an HSBC account. There might be lots more like you making a transaction between these two banks and other banks as well. So how does money move around the banks?

As a kid I always thought that when a bank transfer takes place between two banks (yours and your friend’s), a guy rides his bicycle to your bank, takes $100 from your bag of money, puts on a cap, takes his cycle and drives to the other bank and deposits it in your friend’s bag of money. But it turns out it’s much cooler & slightly complicated than that.

In reality, it’s virtual money which moves around. Say, you transfer money to a Silicon Valley Bank account from your Bank of America account. And someone does an inverse transaction as well. Both the banks have to credit and debit each other’s accounts. An instant credit/debit process for each transaction might sound faster, but has a lot of underlying drawbacks.

The solution? A central clearing system, which keeps stock of how much each bank owes each other and at the end of each day, processes the transactions in batches. This way, the fund transfer happens just once.

ACH is one such central clearing system for banks in the USA (It operates via two clearing facilities: the Federal Reserve banks and The Clearing House).

Now in any transfer, two main people are involved. The guy who pays and the guy who gets paid. In ACH terms, they are interchangeably called the originator and the receiver. Depending on the type of transaction (credit or debit) where the money goes will vary.

Let’s say Jekyll has to pay a sum of $100 to Hyde (assume they’re two different people) and decides to make an electronic transfer. Here’s what happens: 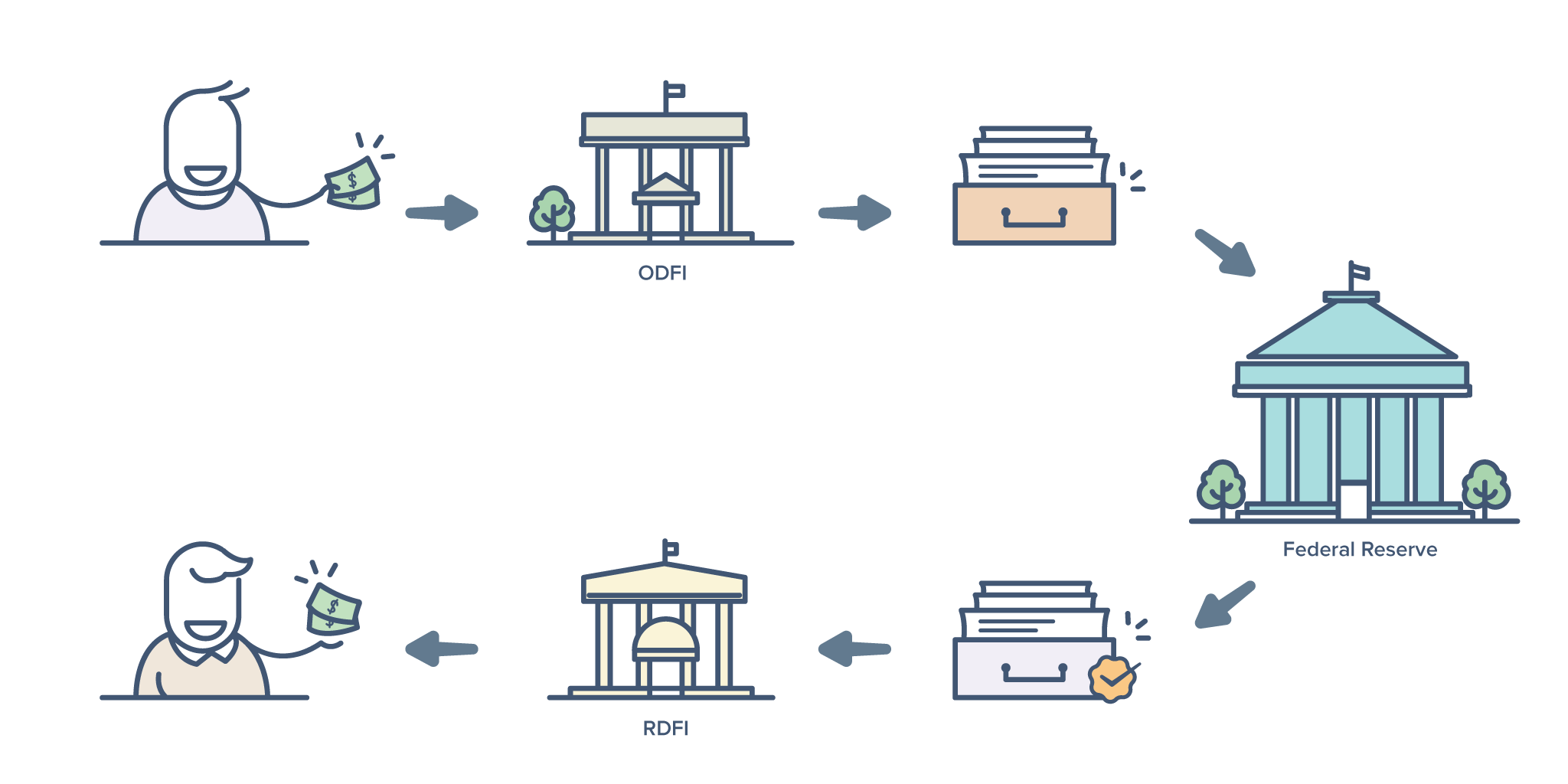 The above example is that of when Jekyll pays Hyde. If Hyde has to pay Jekyll, the same process happens in reverse. In such cases, if the Hyde has insufficient funds in his account, the RDFI processes a return. The RDFI uploads the return ACH file to the ACH network, along with a reason code for the error. A return may be processed also due to various other reasons like an invalid account number etc.

In the B2B world, if you run a SaaS company, your bank (your gateway’s bank typically) would be the ODFI, while your customer’s bank would be the RDFI. Your customer authorizes you to debit his bank account on his behalf for recurring transactions.

ACH was developed as a digital alternative to paper check clearing systems. What earlier used to be checks and a lot of paperwork, transformed into an ACH file. ACH files are now transmitted via an FTP server that your ODFI provides you with. But earlier, the ACH files were transmitted via floppy diskettes. So a guy (may/may not have worn a cap) did actually travel to the Federal Reserve to deposit the ACH files.

Now that we’re clear with the how part of ACH, let’s take a look at the why part of it.

If you’re running a subscription-based SaaS business in the US, accepting payments via ACH might be a great solution. Here are a few pointers which might help you decide.

According to NACHA – The National Automated Clearing House Association which governs the ACH Network, around 23 billion ACH Payments were made in 2014.

So, if you’re running a subscription-based SaaS business in the US, accepting payments via ACH might be a great solution. Here are a few pointers which might help you decide.

Benefits of ACH for SaaS & other subscription businesses:

There is a slight variation in checkout process of any online payment like credit card, as compared to that of payment via ACH.

Generally, for a customer to pay via ACH, there is a double check process in place.

The customer first raises a request to pay via ACH and then, after verifying the customer, ACH as a payment option is enabled for the particular account. Only then, can a customer make a direct debit payment via ACH.

This two-step process makes ACH a more trustworthy option, when compared to a credit card payment where anyone can sign up.

2. Transaction Fees – The economics behind it

For each credit card transaction, a percentage of the money involved is split across the various entities which enabled the payment. A major chunk of this fee is the Interchange fee.

This Interchange fee is set by the credit card networks like Visa, Mastercard, etc. and is typically up to 2% of the total transaction fee.

But in case of a transaction routed via the ACH network, since it directly deals with the banking network, the interchange fee is around 0.5-1 % of the total transaction.

Here’s a quick math with some general percentage rates to make things simpler:

Let’s say you have an enterprise customer who pays you an annual subscription fee of $10,000.

The fee for a typical ACH transaction ranges somewhere around 0.75% per transaction which would be $75.  And that’s a $175 saved.

P.S. The actual TDR (Transaction Discount Rate) for ACH varies according to the payment gateway used.

Failed Payments continue to be one of the main reasons for churn. Credit card payments fail due to various reasons such as expired cards, canceled cards, blocked cards, transactional errors, etc. Sometimes the customer might have sufficient funds in his/her bank account, but could have exceeded the credit limit. In case of a bank transfer via ACH, the bank account number is used along with an authorization, to charge the customer and unlike card transactions, the probability of a bank transfer failing is very low. Bank accounts rarely expire and account numbers rarely change. Also, unlike card transactions, bank transfers fail only for a handful of reasons such as insufficient funds, wrong bank account information, etc.

Also, the two-level verification process for ACH payments ensures that you maintain a touchpoint with customers. This factors in for churn due to unknown reasons.

Although the usage of checks has dropped to a great extent, many enterprise companies still use checks to pay every month in order to avoid the huge chunk of processing fees. ACH, a digital form of checks, came into picture to reduce the overhead of managing paper based checks. With ACH, since the transaction processing is recurring and automatic, you wouldn’t have to wait for a paper check to arrive. Also, since customers have authorized you to collect payments on their behalf, the flexibility of it allows you to collect one-time payments as well. No more awkward emails asking customers to pay up. 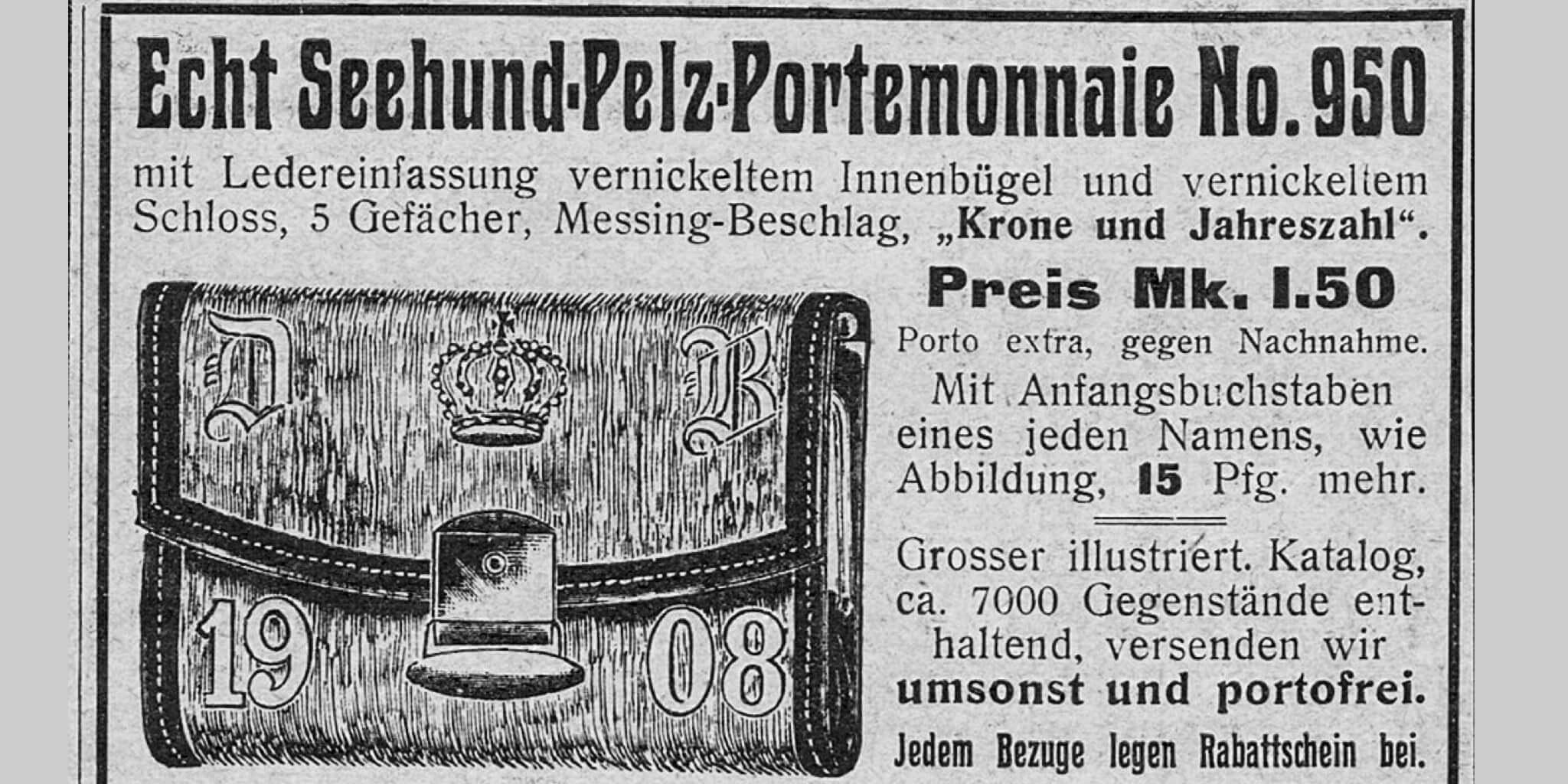 E-wallet Payment Option – How’s the Scene in the US, Europe, and Asia Pacific?
Related Read | ~4 min 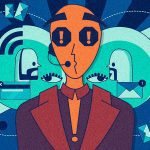