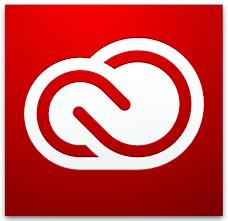 For over three decades, creatives have been paying a license fee to use Adobe design software. However, as the subscription business evolves, large software companies are not being left behind. Adobe Creative Cloud was introduced in late 2012 as a subscription option and so far, everything indicates the company got it right. In the first 9 months, over 450,000 premium users and more than 2 million free members had subscribe to the subscription package.

As consumer software consumption moves from perpetual licensing (where you purchase a software to install to your PC) to a SaaS model, Adobe has decided to go all-in to offer a SaaS service with its Creative Cloud. While the company will continue selling the current versions of its products, no further feature updates will be made for them

Benefits of the Cloud

Together with its cloud storage service, Adobe is providing creative professionals with all they need to successfully execute projects. According to Adobe senior executives, the shift to a subscription based model is a major but necessary step for the company’s future sustainability. Users can now expect more stable versions and quicker patches, fixes and updates with the Creative Cloud.

While the subscription model will reduce the instance of cracked and patched Adobe products, the company says this way not their major drive into the subscription model. For example, it cites Poland, a country where piracy levels are traditionally high, to have more than average number of registered users. The point is that creatives are willing to pay for software if they are given a pricing option that they can afford. Instead of the large upfront cost typical of the perpetual licensing model, creative professionals can pay affordable monthly subscription fees to access the products they need.

Is Adobe Getting it Right?

Application performance is one of the issues that Adobe has to deal with when designing the cloud offering. Unlike most other SaaS software, Adobe has to deal with the reality of performance issues with its products. Creatives need robust PCs to optimally run products like Photoshop and After Effects. As a result, the company decided to offer the application offline but users need to log into the Internet at least once a month to verify their subscription.

There has been an outcry on the internet from creative professionals who see they will be affected by the subscription based services. Over 5000 creative professionals have signed a petition at Change.org asking Adobe to keep its perpetual licensing products. Some consumers are wary of having to be locked up in subscription pricing plans. However, others are happy with the new move, citing the lower cost.