“A culture is not a set of beliefs; it’s a set of actions.” –Bushido.

Bushido was the honor code that governed the Japanese Samurai warriors and shaped the Japanese way of life. Bushido defines culture as a set of virtues, not values. Values are what you believe in, and virtues are who are. Venture capitalist Ben Horowitz says that’s what culture is really about. In his book, ‘What You Do Is Who You Are’,” he tells founders, “Your culture is how your company makes decisions when you’re not there. It’s the set of assumptions your employees use to resolve the problems they face every day. It’s how they behave when no one is looking.”

Culture isn’t about jazzy workspaces and perks, like foosball or ping pong tables, a stocked-up snack bar, or meditation spaces. Those are good to have, no doubt, but culture is more about people’s collective behavior and how they respond to everyday work challenges and pressures. A company’s core values serve as guideposts that help employees align their behavior with corporate culture. They tell you what is celebrated and frowned upon collectively in an organization.

When aligned with strategy, a strong culture drives positive outcomes and fosters an organization’s capacity to thrive amidst constant chaos and change. While values can be the foundation that helps you weather any storm, building a transparent and empowering environment will ensure your leaders anticipate change and create a culture and build systems that can adapt to it.

There is no one-size-fits-all solution for culture, and there is no right way to build a company’s culture. But we have gleaned some learnings from people and companies that have successfully tackled some of these challenging problems to build enduring organizations. Here are some of the takeaways:

Think Culture from Day One

When you start a company, it’s all about building a great product, putting together a strong team, and finding product-market fit. Molly Graham, Chief Operating Officer of Lambda School, says culture is worth thinking about from day one. When she joined Facebook in 2008, it had about 500 employees, and culture still needed to be defined. She was hired to make that happen. During her four year stint, she helped Facebook establish its external brand and built programs to strengthen the culture as the company grew from 500 to 1500. She started with these two questions 1) Who do we want to be when we grow up? 2) How do we talk to people outside about what it’s like to work at Facebook?

“Culture is worth thinking about from the beginning,” says Molly. “What kind of company do you want to build? How do you want your team to treat each other? Write down your story.” According to her, when you have a well-crafted specific company story, it can guide everything from who you shouldn’t hire to how to settle arguments and articulate very clearly what you are and what you aren’t as a company.

Since values are always aspirational, everyone in the organization needs to know what they need to do to be who they want to be. So that’s why it is crucial to be specific and put the ‘why’ into your values.

Like your product, your culture needs to evolve as well. That’s right. Your culture needs to scale as your company gets into the hyper-growth mode expanding into new markets across the world and multiplying your headcount. “It’s less about what you say at the beginning than about how what you say translates into real-life experiences over the long haul,” says Kristin Graham.

Kristin knows a thing or two about company culture. She spent the last four years at Amazon supporting culture & communication strategy for global leadership development and employment programs and decades before that in similar roles. Amazon, for instance, has 14 leadership principles, but the company has revised them multiple times over the years to ensure they’re still relevant. “You have to meet employees where they are and where their culture is. You have to be curious about everything, and you need to ask the right questions,” she says. The key to creating a scalable and sustainable culture is to find a balance between setting boundaries and leaving that wiggle room for culture to adapt and shift according to your growth.

Build a Culture of Curiosity

As businesses increasingly have to deal with more uncertainties almost daily, they must be more agile and adaptable. Learning gains importance. Boris Groysberg, Professor of Business Administration at Harvard Business School in his HBR article, The Leader’s Guide to Corporate Culture says, “We have seen a clear trend toward prioritizing learning to promote innovation and agility as businesses respond to increasingly less predictable and more complex environments.” According to him, in learning organizations, the work environments are inventive. Employees are united by curiosity; leaders emphasize on innovation, knowledge, and adventure.

At Chargebee, curiosity is one of our core values. Krish Subramanian, CEO, and co-founder, Chargebee, explains why it is important to us. “If you have a learning mindset towards anything, you are progressing in the right direction. We all have our blind spots, and we must continue to strive to learn. The compounding effect of continuous learning over the years is a powerful force,” he says. “So, curiosity is an important value for us, and we want to build an organization that celebrates a learning mindset in everything.”

Culture and leadership go hand in hand. Leaders play a crucial role in creating a culture and shaping it through both conscious and unconscious actions. Once they have defined the company’s culture, they must articulate those aspirational values to the team and lead by example. “Leaders must shamelessly champion some symbolic initiatives to emphasize the importance of their values. Whether you like it or not, your team follows your actions. So these initiatives go a long way in unifying the team. We want to speak about one customer each week in our all-hands because this is symbolic of driving the importance of customer-centricity in everything we do,” says Krish.

You’ve defined your culture and even got your cultural carriers to evangelize them, but if you reward behavior that goes against your stated values, then its authenticity goes away. There can be no exceptions.

For instance, Enron’s core values were Integrity, Communication, Respect, and Excellence. These four values were chiseled in marble in the lobby of the company’s headquarters, but those values were not the ones rewarded in reality. Fat trading profits were what got employees ahead. In a competitive organization, employees had little choice but to take shortcuts, which eventually led to its downfall.

Bill Aulet, Managing Director of the Martin Trust Center for MIT Entrepreneurship and Professor at the MIT Sloan School of Management, worked with IBM for 12 years in the 1980s and early 1990s. He says things started to unravel at IBM during his later years when leaders moved away from its core values-respect for the individual, superlative customer service, and the pursuit of excellence in all tasks. “It was this fervent adherence to these core values – through the training, the monthly communications, the performance appraisal system, the role models, and ultimately every decision we made –that made us great. Leaders started to cut corners on these to achieve short-term objectives, as they felt less confident in their position and felt it was more important to deliver short-term results,” he says.

Lou Gerstner was finally brought in as the CEO in 1993 to save the company heading towards bankruptcy. While he successfully engineered IBM’s turnaround using processes and culture to unite a highly individualistic and decentralized team, he also learned how culture could make or break a company. “The thing I have learned at IBM is that culture is everything. It took me to age fifty-five to figure that out. I always viewed culture as one of those things you talked about, like marketing and advertising. It was one of the tools that managers had at their disposal when you think about an enterprise. In the end, an organization is nothing more than the collective capacity of its people to create value.” One of the top lieutenants Irving Wladawsky-Berger who worked with Gerstner on the turnaround, explains how a culture change formed the backbone of its transformation. “Because the transformation was about values first and technology second, we were able to continue to embrace those values as the technology and marketplace continued to evolve.”

Culture forms the foundation for building an enduring organization. Ben Horowitz says even as culture sounds abstract; there is nothing more important. “When you think about the organization you are leading, 20 or 30 years from now, no one will remember what quarters you outperformed or the deals that you did. They are going to remember the impact you had on one another and the people you touched. That is your culture. If you are going to get one thing right, that is it.”

As an ode to the founders and leaders who have built enduring organizations navigating constant change and chaos, we are bringing together the largest gathering of Champions of Change with more than 20 speakers on a single platform! Check it out as we tear into the stories behind the transformations they brought about. 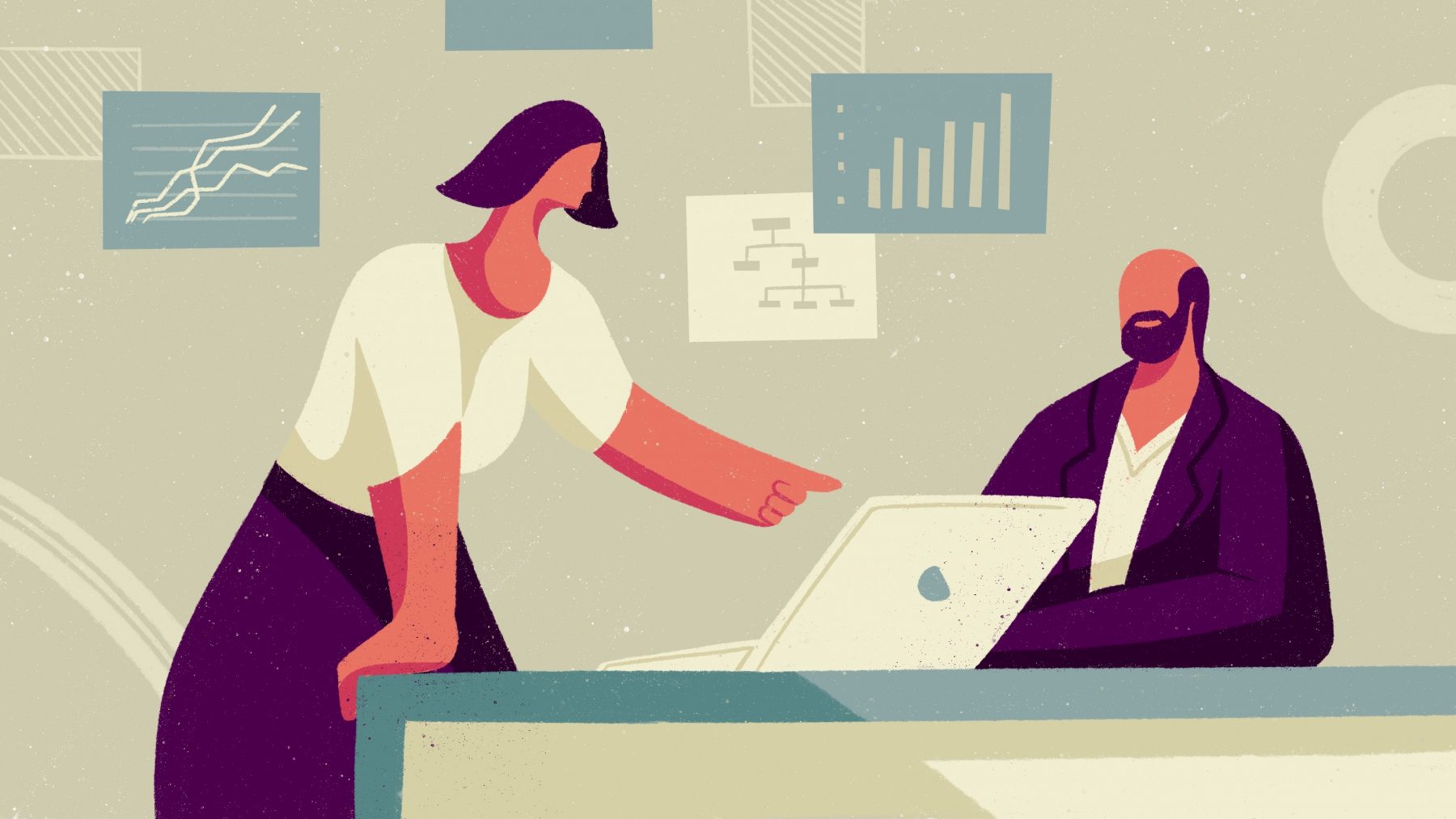 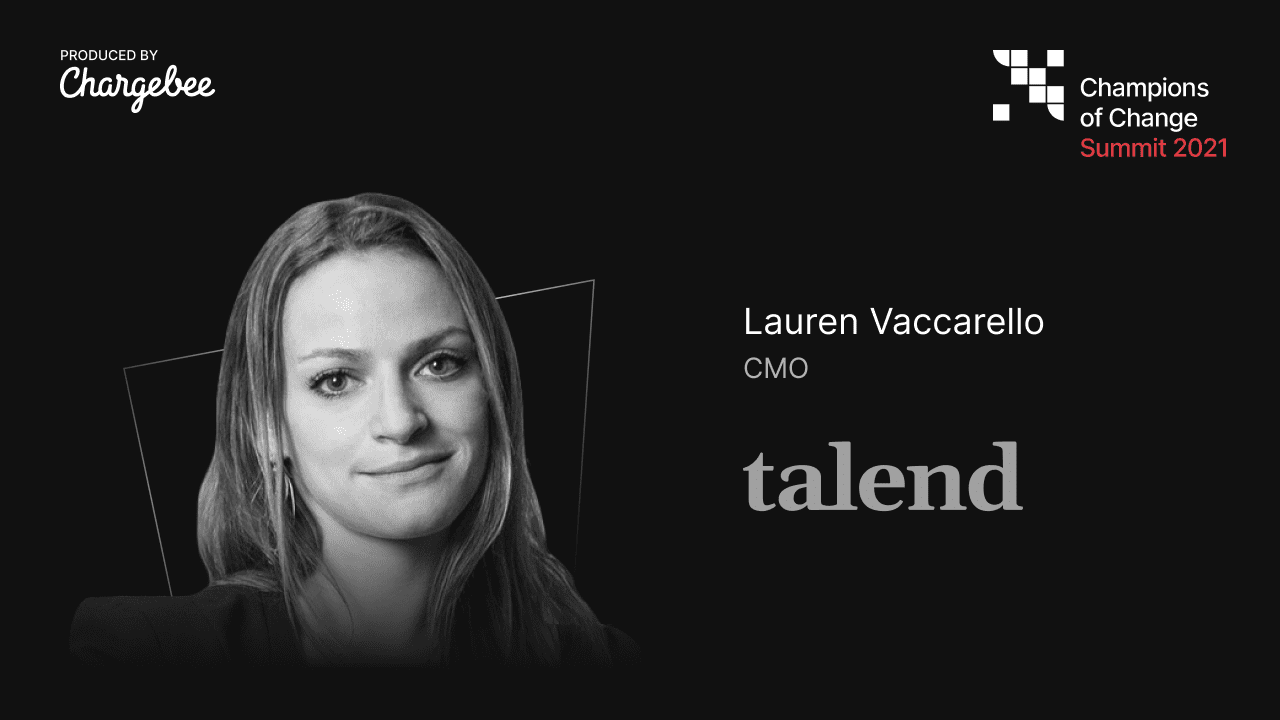