Stripe needs no introduction in the startup & developer community. They are now available in US & Canada and there is so much pent up demand for them to expand worldwide. And of course there are startups sprouting in Europe & Australia who are executing the idea than waiting for Stripe to arrive at the doors. Here is a ringside view of what I believe it will take for Stripe to go mainstream.

Stripe is one of the very few that can be said to have disrupted online payments and making it easy for startups and developers to provide a great user experience in the emerging subscription economy. However, the payment solution faces tough competition from the traditional payment processors like Authorize.net and PayPal that are way ahead of it in terms of marketshare of mainstream businesses. There are also its peer payment solutions like Braintree Payments. Perhaps it is time Stripe shifted its focus to include mainstream businesses. But this comes with a number of challenges.

Here are a few things that made it darling of the startup & developer community: 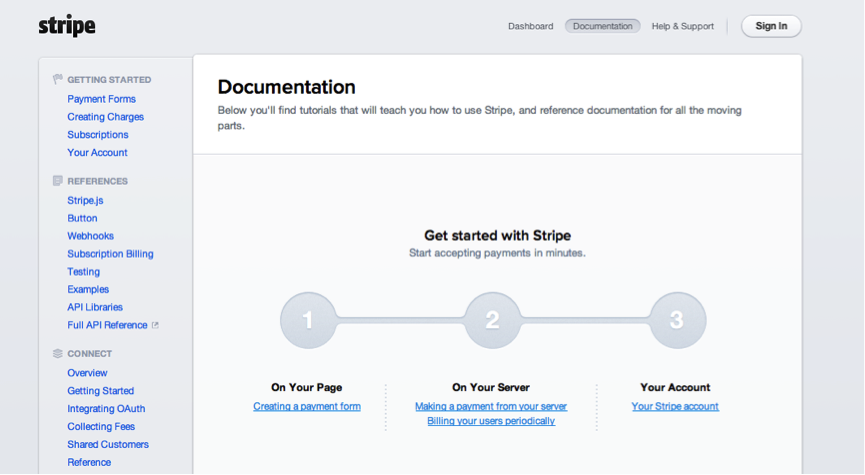 However, if Stripe is to win over the mainstream businesses and take over the payment industry, it is going to take much more than a cool API & must consider some of the following:

1. Expand outside the US

To be a leader in the payments industry, Stripe has to capture the majority of users. In the US, PayPal has a firm grip on the payments market and Stripe will be doing a disservice to itself by taking on PayPal head on in the peer-to-peer segment when there is so much they can do for businesses globally. Instead of focusing to capture the United States market, Stripe can look international.

For many people outside the US, PayPal is a necessary evil. Many international businesses only support PayPal when they are dealing with US customers or suppliers. Consumers and clients from the US may love PayPal but overseas business people do not have many good things to say about the company. One of the major complaints about PayPal is about its practice of suddenly freezing business accounts – “though it is a small percentage of” from PayPal perspective – about 10,000 accounts get blacklisted per year out of 200 million users, from the affected business’ perspective it is 100% of their business. The risk of getting blacklisted by PayPal fraud check and going out of business is the knife that is hanging above their head for most businesses that are dependent only on PayPal.

The reality of the market is that different countries have their preferred methods of online payments with local payment gateways. The international market has different payment processors that are strong in certain territories. Stripe can easily disrupt these markets than in the US market.

Stripe recently expanded to Canada but this will still not make it a formidable payment processor against PayPal. Not just yet. To increase its international market share, Stripe should start operations in almost every country that PayPal currently operates. This is however easier said than done. Entering foreign markets comes with its challenges:

When it comes to processing credit cards, some countries have been known to exhibit higher levels of credit card fraud. If Stripe expands to Europe and the majority of Asia, it will have to contend with the likelihood of increased fraud and security risks, something that *they may not be capable to handle at the moment. *PayPal is said to be a fraud detection company first that deals with payments – and this is no small challenge.

Some countries have regulations that may affect customers working with Stripe like it happened with the Indian government against PayPal in 2010. The difference in regulations of different territories from the US may mean more infrastructure or systems to be developed.

A large market share means more support is required. The personalized level of support that they provide as a startup will be hard to sustain as they scale up. We would all love to be proven wrong. 🙂

Stripe should also go for big businesses that move major dollars through payment gateways like Authorize.net and other credit card processors. There are a number of things that the businesses consider when choosing a payment processor. The major considerations are:

Fraud & liability protection: How is the merchant protected from fraud? Businesses do not want to lose dollars due to chargebacks or fraudulent transactions and payment gateways have to address these issues. To get the trust of big businesses, Stripe must be seen to be more merchant-friendly.

Custom Pricing: Stripe must be able to work its margins and offer big businesses custom pricing. Big businesses expect custom markup fees on the basis that they bring more revenue. Stripe has to find a way to cater to both small business with its fixed fees, and large businesses that may need custom pricing.

Stability: Mainstream businesses want to be sure that their money is safe with the merchant that they entrust to process transactions for them. Stripe is relatively young compared to a company like Authorize.net and hence big businesses may be reluctant to switch to it over, unless they have an attractive proposition.

Mainstream businesses are typically enterprise sale & the sale is based more on reputation and various other factors. As a result, winning them over can be quite a challenge. Stripe can look for ways to strengthen its standing and reputation in the industry. Entering into partnerships with card processing network to guarantee payments and low markup fees for mainstream businesses can help to build the trust.

3. Appeal to the non-developer market

Stripe is great for developers. Its API is easy to integrate with existing applications and its setup is relatively more streamlined and easier compared to other solutions in the market. However, there is still a large community of non developers who find its setup not so easy, yet. Stripe should look for ways to capture the non developer market in order to cross over to be a major payment processor.

Stripe Connect and Stripe button is a great start and there will be tons of applications that will be built on top to address this segment.

Features like invoices and taxes will make Stripe more appealing to people who do not really run online business, but purchase or sell items once in a while.

Making it a no brainer for non developers to be able to integrate and use Stripe easily can help in capturing the market. Features like one click install, single click payments, opening up marketplace carts and so on can help to bring more non-developer merchants who are with PayPal because of its simplicity.

Stripe is one of the top alternatives for PayPal in US & Canada. However for it to achieve a larger payment market share and attract more mainstream businesses, the company needs to take steps to expand internationally and offer a better value proposition to mainstream businesses.