A tax loophole is something that benefits the other guy. If it benefits you, it is tax reform.
Russell B. Long

Tax avoidance is as old a phenomenon as tax imposition. Ever since the first tax was imposed, people have been fishing for loopholes, and trying to save themselves some money.

The earliest bureaucracies were first created as a means to collect and administer those taxes, like the scribes in Egypt. They were in charge of conducting regular audits on the household cooking oil tax, to make sure that the oil was not recycled. And that, is one of the first historical records of tax avoidance.

England’s 1696 window tax is a good example. The government’s logic was simple – wealthy people with large houses, could afford to pay more tax. And what do large houses sport? More windows!

So they got the taxmen to go around counting the windows to assess the wealth of the citizens.

But that’s not the most interesting part of the story; it’s how the taxpayers outsmarted the taxmen that’s more interesting.

The homeowners simply started filling their windows with bricks and mortar, to avoid the tax once for all. It eventually became fashionable to have houses built with bricked-up windows in them, as a way of keeping up with the fellow tax avoiders. Such “ghost windows” can still be found in old buildings today.

Taxes have existed, longer than you’d imagine, and have been intertwined with the religion, politics, and even wars in history (the resentment of tax fuelled the French Revolution, and the formation of the United States).

The oldest written records of tax imposition are from China, where they were levied about 3000 years ago. The Bible’s “Book of Genesis” states that a fifth of the cultivated crops have to be given to the Pharaoh. Ancient Greece levied eishpora on their citizens, to fund their wars. Athens had a monthly poll tax for foreigners. During his reign, Julius Caesar came up with a 1% sales tax.

My friend: taxes are the chief business of a conqueror of the world.
Julius Caesar

Fast forward to the era of capitalism – the entrepreneurial culture, and in turn the spirit of innovation took the centre stage.

With the onset of the Industrial Revolution, capitalism moved from an agricultural system to a system of machines, which, according to Karl Marx and Friedrich Engels, “accomplished wonders far surpassing Egyptian pyramids, Roman aqueducts, and Gothic cathedrals”, which include the steam engine, trains, telegrams, and electricity, to mention but a few.

Creative Destruction is the essential fact about capitalism. It is what capitalism consists in and what every capitalist concern has got to live in.
Joseph Schumpeter

Along with innovation, the other new kid in the block was the free market system, which brought forth the idea that taxes – by lowering the incentive to produce more and in turn hampering growth – had a negative impact on the economy. This forced the governments to slash tax rates for private companies, thus making it even harder for them to handle tax collection.

“Laissez-faire” (meaning “Let (people) do (as they choose)” in French) became the new mantra, with little intervention by the Governments in the happenings of the market. This unsurprisingly led to the corporates exploiting the loopholes of the free-market orthodoxy (read ‘bailouts’), the ever-increasing military spendings, and poor countries trying to make ends meet with their meagre revenues from public services.

The digital side to the story

The Information Age was right on the heels of Industrial Revolution, with the capitalistic streak permeating stronger than ever.

As per the Information Economy Report 2015 by the United Nations Conference on Trade and Development, the strength of global online consumers will make a 50% jump from 1.079 billion in 2013 to about 1.623 billion in 2018.

And what comes with such a lucrative business opportunity? Plenty of takers. And two huge ones, in this case:

1. The sellers: Thousands of other businesses carrying out transnational transactions across categories. The magic spell of digitalization helped companies like Google, Amazon, Netflix, etc., to form virtual economies of their own, complete with their own set of silos and processes.

2. The authorities: With these giants on the rise, every Government wants its pound of flesh in the digital economy; they want to ensure that they gain their fair share from their citizens’ consumption, through, you guessed it, tax imposition.

That being said, the adaptation and application of sales tax laws to digital products wasn’t as simple and straightforward as you’d think.

For most goods and services, the VAT rate of the buyer’s country is applied. While, for digital goods, up until a few years ago, the VAT rate was based on the seller’s country. This as it turned out, was a great instrument for the big shots to play the tax avoidance card and undercut competition.

For instance, in the UK, ebooks have a 20% VAT rate, while it is only about 3% in Luxembourg. So by registering itself as a Luxembourg company, Amazon got away with a VAT charge of 3% when selling ebooks to British readers. Smart, huh?

● “Dutch Sandwich” – imagine the above two Irish companies as the bread slices, with the Netherlands company in between, and

● “Bermuda Black Hole” – routing the profits to a shell company in Bermuda, which has a 0% corporate tax rate, the bigger players have been able to reap unfair advantages by setting up shell corporations in Bermuda, Ireland, and the Netherlands.

According to Financial Times, Google had managed to move close to $12 billion to Bermuda in 2012, which was 25% more than what it had done in the previous year.

(Note: The latest report from Oxfam has called out Tech firms as the largest corporate tax dodgers in the US)

This strategy is being used by most of the tech giants such as Google and Apple, by simply shifting their profits from regions with high tax rates to those with low rates, fondly referred to as “tax havens”.

The Irish finance department has passed measures to end the Double Irish with Dutch Sandwich scheme in the 2015 budget, which is expected to take effect by 2020.

Apart from that, the EU also changed the law in the January 2015 amendments, shifting the applicable tax rates from the seller’s location to the buyer’s. After this new rule, complete with the new VAT MOSS (VAT Mini One Stop Shop) program, around 28 different VAT rates are now applicable in the EU, with the rates changing from time-to-time.

However, the EU isn’t alone

Dubbed as “Google tax”, such anti-avoidance efforts against the global companies are being carried out in more and more jurisdictions across the world. According to this article published in NY times, the European regulations around taxes and privacy laws are just a taste of what’s to come in the global scenario.

My assumption is that this is only the beginning… We’ll be seeing more of these governments make their own demands, and the problem is a fragmentation of the global tech companies.
Dongsheng Zang, Director of the Asian Law Center

At present, a digital subscription service provider based in Australia has to pay the Goods and Services Tax (GST), whereas a provider from outside Australia doesn’t have to.

The Australian Treasurer has proposed to the parliament to charge taxes based on destination of the consumer, which is also being popularly referred to as the “Netflix tax”.

This move will thus bring the Australian GST in alignment with the EU VAT. Once the new GST rule becomes active (July 1, 2017), vendors will automatically fall under the tax ambit, and will be expected to apply tax rates based on the buyer’s location.

Similar changes are cropping up in New Zealand,Indonesia, India, and Japan; with many other countries following suit.

Post Brexit, the UK has to come up with their own VAT system as well, though it is expected that the UK VAT system will be considerably aligned with the EU VAT system, in order to avoid the risk of double taxation/non-taxation.

The outcome is pretty obvious: if you’re not going to collect taxes accurately, you are liable to pay out of pocket.

Who’s going to pay the price?

The Governments implement these tax regulations whenever they spot the tech giants escaping through a crack, or if there is a huge outcry by the local incumbents (like the allegations against Uber in several countries).

Unfortunately, such fundamental regulations bring in changes that vastly affect small businesses and startups, which don’t have the efficiencies of scale to stay on top of the crowd.

Now, most startups invoice their customers every month, and the numbers vary from something as low as $10 to a few hundred dollars. This monthly billing model is the de facto model for SaaS and subscription based startups, and some of them even automate the payment collection process, in order to keep the cash flow efficient.

So when EU VAT was made effective on 1-Jan-2015, most startups based in Europe had to change their operation systems and build more complex features just to handle taxes.

Many of them were/are either not even aware of the changes, while some choose to stay non-compliant, hoping that they will receive a waiver or get away with a penalty, instead of carrying out the painful task of registering themselves with each of those member states individually, or with the VAT MOSS (also nicknamed as the “VAT MESS”).

Apart from the compliance burden, these smaller players must also have to either modify their pricing for each member country based on their corresponding VAT rates (28 to be precise), or accommodate the increased costs themselves. A few of them even resort to geo-blocking, wherein they refuse any sales from the EU altogether.

Even though I don’t live in the EU, don’t host a server there, don’t ship things to the EU and do all of my business with US banks and so forth, I will now have more responsibilities for sales taxes in the EU than I do for income tax in the US. I’m almost considering shutting down sales to EU customers.
Will Bond, Developer and Entrepreneur

This is the sorry state of affairs for small businesses, in a world where we expect more and more independent producers to thrive.

Periodical tax regulations are unavoidable in the business world. With increased privacy laws and local taxation coming in, these protectionist changes are bound to take place.

While there are many schools of thought regarding this, there are only two camps – those who thrive in the global economy, and those who get adversely affected by it.

Adapt or perish, now as ever, is nature’s inexorable imperative.

With the help of systems like Avalara that specialize in tax compliance, small businesses can work around these changes and focus on their core problems, thus enabling them to compete with giants. (Shameless plug: Did we tell you that Chargebee is now integrated with Avalara, to give you the best of both worlds?)

Get the scoop on what's new
Related Read | ~4 min 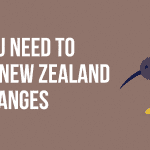 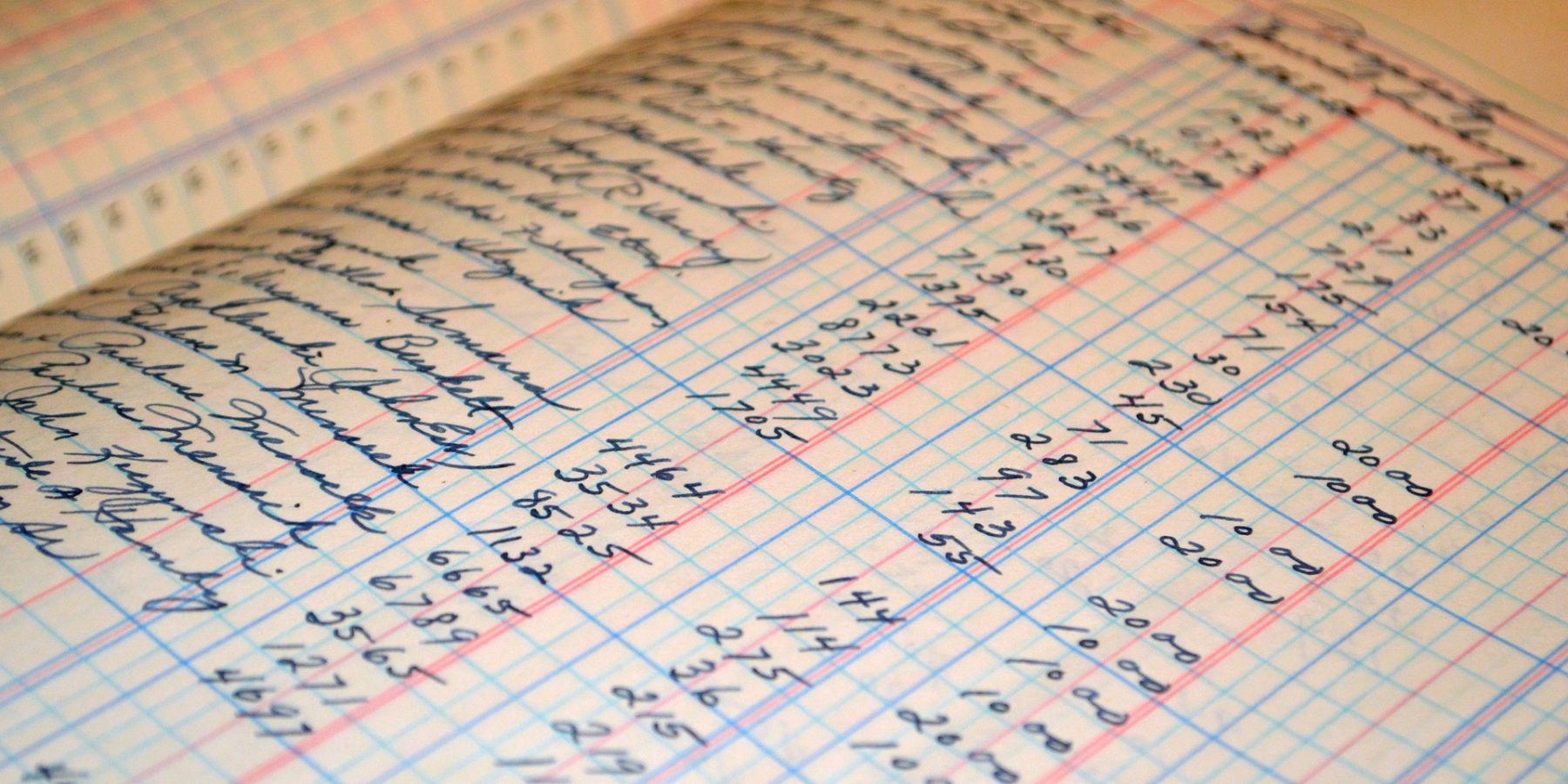 ASC 606 is just around the corner. How prepared are you?
Related Read | ~2 min
How does EU VAT work with ChargeBee?