Frank Shattuck is a man of many skills.

He has boxed for years. He has acted as an Irish-American gangster in a major TV series. And in countless devout hours spent at his 57th street studio in Manhattan, he has crafted suits.

Peerless. Hand sewn. Seventy hour suits. The kind that require hundreds of exacting stitches.
Each stitch, a product of a decade spent in apprenticeship. Each suit, a beautiful homage to the masters he learned from.

In the deft movements of his hands, one might find evidence of a special alignment of stars that led him to his Southern Italian mentors and ultimately to his calling.

But there’s something else, something much deeper on display. The telling of a choice made years ago, a choice to immerse himself in the enduring lessons of the past and to bring back fragments of that timelessness into his own work.

A choice that sits right before us, all the time.

In fact, you’re reading this post, because you’ve made that choice.

What follows is a list of conversations that contain lessons earned over decades of designing things.

Well, no. They are not just conversations. They are tribal chants. Chants of a tribe that believes in the life-changing possibilities of design.

Painted in the color of library visits, arguments, first jobs, expectations, book covers, heartbreaks, influences, mentors, and everything else. Delivered through the intimate medium of podcasts.

They aren’t just for people who’re vested in all things design. They are for any considerate, caring pair of eardrums out there, trying to make meaning with their work and their lives.

Robbing from the past – Paula Scher

Paula Scher is a graphic designer, painter, and art educator. She made the Citibank logo in a second and 34 years.

Listen in to grasp Paula’s discernment of imitation, the imagery of type, why she’d rather be The Beatles instead of Philip Glass, what it means to design for people, the lack of a regimented design process, and her superpower.

History can be counted upon to be an always open mom-n-pop store, where one can trade time for laments on the state of music, thoughts on what the present should look like, and a repository of ideas freed from the weight of consequence.

“I was taught design in the Swiss international tradition. And it was about sort of organizing things and making things neat, lining things up, working on very rigid grids, managing white space. And I was a natural disorganized slob. I still am. And I equated that form of design to cleaning up my room. So it was something I didn’t want to do because I was essentially a rebellious teenager at the point I was studying that.

And I looked for other ways to work, and I was inspired by everything that kids are inspired by when they’re in college, record covers in music industry, bamboo rolling papers, things that went on in trendy stores, and at that particular time in the 60s, the alternative to the international style was really drawing from History. I mean, 60s psychedelia was reinvented Art Nouveau.

I became a style digger. I learned to master virtually any form. Actually taught myself how to design by robbing from the past.”

Michael Bierut is a graphic designer and educator. He thinks that we’re in a swimming competition.

In this two-part conversation, Michael shares his thoughts on rituals, OCDs, the miracle of songwriting and what it has to do with design, the best quality a graphic designer can possess, how he navigates the tension between content vs form, starting Design Observer, and the outstanding lessons from Massimo Vignelli.

Most restrictions are good. They impel us to go deeper in search of signification. They’re the magic behind Beethoven’s 5th symphony.

Restrictions made seventeenth-century books, elegant. As Colin Forbes noted “One of the reasons it looks so elegant is because of the restrictions: there was only one typeface available, there weren’t that many fonts, and virtually all you could do was play with sizes, italics, and so forth.”

Deadlines and budgets represent another category of restrictions. They help us plan and ship. We cannot do without them. But sometimes they get in the way of real work. What sustains us in such times is an introspection of what is good enough, and the courage to question that.

“I remember, it was the night before it was supposed to go out and Massimo came by and said ‘what is this?’ and I said that ’this is such and such for so and so,’ he said ‘this looks horrible, why does it look like this.’ And I said, you know Mr. [client] called and he said that…And he said ‘no, no, no, this is too important, this can’t look like this.’ It’s funny, it wasn’t that important but to Massimo everything was important. And that was one thing that I learned…

I just remember that one thing. At the end of the day, I mean, you could have been under budget, you could have been on time, you could have done all sorts of things. But the only thing that really speaks on your behalf if you’re a graphic designer is the work you leave behind. That’s the legacy that we remember from designers who we admire, we don’t know how much money they made, how fast they did, or how efficiently, all we really have is the evidence of their work… If that’s not something you can stand behind, you’ve failed, even if you’ve succeeded in all the other categories.”

No job is small. Michael on being interested in plastic dinnerware.

“I think when you go into graphic design, you picture it’s going to be dessert for every course. You think you’re just going to be, you know, start out, come in the morning, design music packaging, then whatever it is of the moment, skateboards, film titles. Or you get to talk to directors and movie stars. But, instead what you find… my very first job was doing the mechanical artwork for a price-list for a plastic dinnerware…

Your ability to prevail in the face of that has to do with being interested in what it is you’re actually contributing to… Over a period of time I’ve gotten to know about plastic dinnerware design than I ever intended. I’ve gotten to know more about everything from, halogen lighting to American football to childhood obesity, certain kind of architecture, city planning, all of the stuff that I didn’t study in school.”

The Subway driver who gave a shit – James Victore

The Show – The Unmistakable Creative Podcast with Srinivas Rao

James Victore is a designer, art director, and speaker. And he doesn’t want you to be like him.

In this episode of the Unmistakable Creative he discusses – curating weirdness and hanging on to it, breaking out of linear career paths, possessing enough doggedness to bust one’s ass, the magic of the particular, treating one’s work as a gift, and how to get gods to whisper in your ear.

Same applies to our work. James believes, no matter what we do, if we don’t bring about ourselves into the work and treat it like a gift for someone, we fail.

Most people are capable of doing the first part. But they don’t do the second part very well.

Take a bus driver, his objective is to take the bus to certain points of the route at certain times, right? That’s his objective. That’s him fulfilling his duty. Now. If you had a bus driver who was conscious of the subjective, of how he did it… I’ve heard stories of bus drivers who with a smile change people’s day, with a ‘Hi, how do you do?’

There used to be this subway driver. He was on the A line in New York. And if you were in the A Line at the right time of the day. The train pulls in at 59th street station. And this guy will come on and go – ‘59th street station! Next Stop, 72nd Street! Home of the…’

His work was a gift. It’s not that hard. Just give a shit.”

Your values are your foundation – Ayse Birsel

Ayse Birsel is a designer, creative director, and author. And she knows about your most important project.

In this interview, Ayse dives into the tug of familial legacies, how to think in three dimensions, the tension between positive and negative spaces, designing the world’s most comfortable toilets, falling in love with a designer, how designers see, and how to design a life.

Throughout our lives, we’re becoming. Becoming who we aspire to be. Quiet. Restless. Casting a net to catch values. Sometimes, it helps to be conscious of it.

These people are not superheroes. They are people they might know. They could also be people they know of. These people, their heroes have something that interests them, qualities that they aspire to, and our heroes become our inspiration and through that inspiration we discover what are values are, and once we know our values, then we have our value system to make choices. And we could say, ‘well, I want to live an honest life’ What does that mean? What kind of choices do I need to make?”

Tobias Van Schneider is a multi-disciplinary designer and he wants you to be lazy.

Tobias talks about – what makes a good designer, going from good to better, being self taught, taking risks, the importance of just walking, and ignoring the naysayers.

Getting started is our ticket. Small steps can take us anywhere.

“If your goal is to run and keep running, you have to be walking first, it’s much easier to start running if you’re already walking. The problem is that most people talk about that they want to run but they’re actually sitting on the couch.

They’re all just sitting there, they’re planning, they’re doing these big life plans, but they never actually do it. It’s better to just walk, have no expectations.”

Draw from the past. Take your time. Give a shit. Catch values. Just keep walking.

It was a moonless night. The gains of dusk were lost. She was half-way through the first sentence. That was all she had managed since morning. Hopeless, she went for another stroll. The shape of the clouds reminded her of the steel-rimmed spectacles of an old mentor. “Put one word after another. Just get them out. No one cares about your first draft.” he had told her. The night remained tranquil. She wrote her way out. 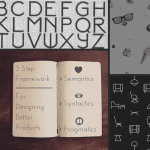 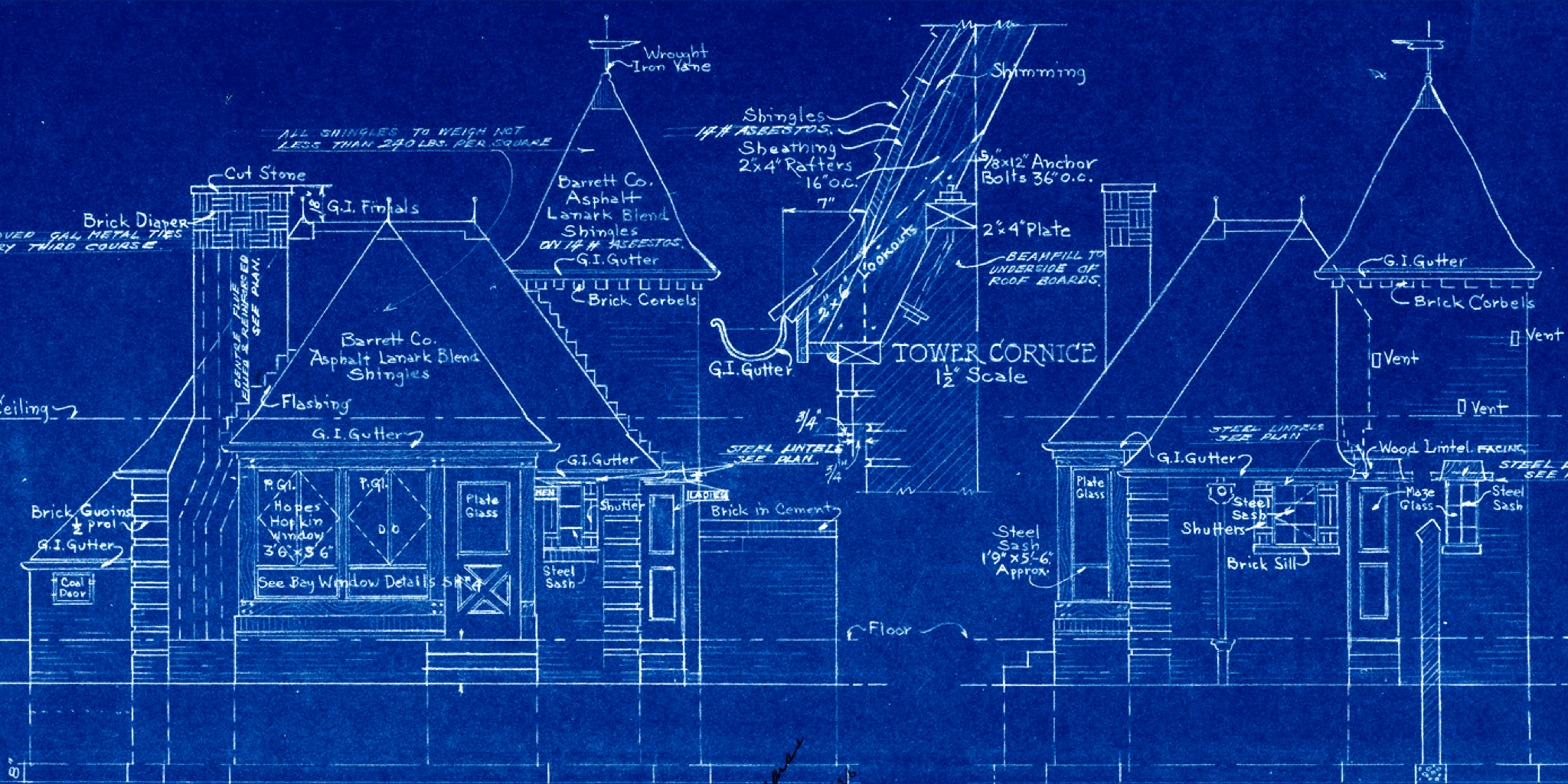 Spinning out the new Chargebee