On any typical day, while we continue to eat-sleep-(work)-repeat, in equal measure, we spend a lot of time dabbling with a slew of apps on our digital devices. Even before the pandemic, apps already enjoyed a good deal of our curiosity and attention. Post-pandemic, the time spent on apps has seen a rapid increase. As per the 2021 report by App Annie, each day, Americans spent 8% more time on their mobile phones than time spent watching LIVE TV which was 4 hours in the second half of 2020. There are close to 2.8M apps on the Google Play Store and about 1.96M apps on the Apple App Store that are available for download. And yet, only 1 out of 10 app publishers clock over $1 Million in Annual Revenue. Though so ubiquitous in our lives, what prevents more apps from making more money? If you’re an app development agency or app developer pursuing higher and more stable revenues for your app, you can’t afford to miss the emerging trends in the app space. We decode some of those trends in this piece.

Lately, there have been some telling signs of the changes to come in the world of app-monetization. In-app Advertising has been the most dominant app-monetization strategy for a long time now. Sure, it is the simplest and the quickest monetization set-up to implement. Unlike other monetization routes like subscription-based and pay-to-download apps, in-app advertising allows for apps to be offered to users for free while still unlocking a viable revenue stream. At the same time, it is fraught with challenges. Advertisements, irrespective of their format, interfere with the user experience.  App publishers introduced ad-free paid versions to offer a better user experience.  But the paid version of the app earns the developers only a one-time fee for a service that the user might continue using for a long time. App developers keen on building sustainable businesses are turning more to in-app purchases and subscriptions.

Take the case of Babbel, the world’s first language learning app launched in 2007. It prides itself on offering an ad-free customer experience to its learners and doesn’t offer users a free tier. With over 10M subscribers today, Babbel is quite a success in securing a steady base of paid users. It has demonstrated that an app can indeed be viable when dedicated to a no-ads, transparent subscription-based business model designed purely for the users’ needs and not those of the advertisers. Babbel ensures a high-quality learning experience and a prompt customer support service to retain and delight its user base.

While In-app advertising presents the inherent challenges of tampering with the user experience and securing a steady revenue stream, another new external challenge is quickly taking shape.

With user privacy gaining prominence, Apple, as part of its iOS 14 update, will offer the user a choice to block the ‘Identifier for Advertisers’ (IDFA) at the app level. IDFA helps advertisers receive user behavior data to customize ads. What Apple’s policy update means is that tracking ad attributions will become problematic if the user declines to share data. The IDFA opt-ins for tracking are being estimated to be as low as 5% of Apple users. With these restrictions coming in, in-app ads, as a sole source of revenue, are becoming even less sustainable, compelling app developers and publishers to explore alternative revenue models.

The Rise and Rise of Subscriptions

At the outset, when the App Store was launched back in 2008, there were no subscriptions. Apps were either free or paid. The paid apps struggled to make ends meet owing to heavy price wars. In 2012, Pocket app shifted from a one-time paid app to a freemium model. It cited reasons for its shift in a note by its founder, Nate Weiner, where he showed how apps stand a chance to serve their customers better and longer when on a freemium revenue strategy. Weiner argued, “From a business perspective, having a user pay $2.99 up-front once and then use the app for four years just doesn’t make a lot of sense.” A ‘pay less but pay more often’ arrangement helps an app continually invest in itself and meet the ever-growing needs of its users. In the last decade, more and more developers have begun shifting towards a subscription model. They seem to realize that a recurring, engaged customer is worth more than a one-time transaction user. Meditation app Headspace and productivity apps like Evernote, Todoist, etc., pioneered subscription app payments. The 2021 Mobile app Industry Trends report by Sensor Tower found even game publishers shifting towards subscriptions at a growing pace. Eight of the fifteen top-grossing mobile gaming apps in 2020 offered subscriptions, including the year’s top two grossing games.

Consumers now have become more comfortable with the idea of paying for subscriptions on a recurring basis. Sensor Tower reported that consumers’ spending on subscription-based, non-game apps rose by 34% in 2020 to $13 Billion. Seeing the success of the likes of Netflix and Spotify, pay-monthly or pay-annual models are catching on with apps across categories. As per AppsFlyer, in 2020, the share of apps using subscriptions grew by over 40%. It estimates about a quarter of photography, music, health, and fitness apps using subscriptions as their revenue model.

Going by the trends mentioned above, publishers are likely to embrace subscriptions in 2021 and beyond.

A subscription-based revenue model can translate into many tangible benefits for app developers and publishers. Since 2016, Apple has been charging lesser commissions (15% instead of the standard 30%) for app-related transactions by subscribers who are over a year old. The same arrangement applies to the Google Play Store too. The app marketplace likes to reward apps that manage to retain their customers for extended periods. Retained subscribers translate into a higher number of recurring transactions implying higher revenue for the app marketplace. With the lower 15% commission, Apple and Google intend to incentivize developers to embrace a mutual win-win, self-sufficient and stable revenue arrangement.

Subscriptions also ensure a predictable stream of revenue per user for app businesses. This, in turn, provides developers with a great deal of cushion and clarity to plan marketing efforts and feature upgrades. Recurring revenue helps developers work towards incrementally improving the app instead of bundling new features in significant updates after long gaps.

Moreover, paid subscribers are more likely to engage with the app than ordinary users. Users who have paid for an app are naturally inclined to make the most of it. User engagement is valuable, but the onus is on the app developer to sustain that engagement.

So, What’s the Catch?

As enablers of scalable subscription revenue for over 18000 businesses spread across 50 countries, we at Chargebee live and breathe subscriptions. And as is the case with all businesses, the subscription-revenue model, though lucrative for mobile apps, brings along many commitments.

As compared to other monetization models, subscriptions call for a more comprehensive approach. It requires apps to deliver an impeccable customer experience, and that too not just once but consistently. If users have to part with their cash regularly, they ought to feel convinced about the app’s value. Else, they will have no qualms about unsubscribing. This puts user engagement as a top priority for app developers. User expectations are way higher than those of a one-time app payment or a free app. That calls for a more frequent update in features and app content. One has to continue to demonstrate value to keep both old and new users engaged.

How Can Mobile Apps Ride the Subscription Wave?

Apps require a very different readiness in terms of their tech stack to make the most of the subscription windfall to deliver on sustained user engagement. This becomes very important, especially for apps that wish to scale their subscriber base.

Today, most app publishers depend on the marketplace to manage their entire revenue stream. Publishers often feel limited by the revenue data provided by marketplaces. For instance, it’s tough for apps to get subscriber-level historical transaction details on the App Store or the Play Store. Growing a subscription-led app requires more control over one’s revenue stack to fast-track growth. Here’s a quick tech-stack checklist:

Given the importance of optimizing subscriber experience, apps can’t afford to lose sight of their subscribers. They need a comprehensive list of subscribers kept up-to-date, tracking in-app user activity and transaction behavior. This calls for a robust subscriber management interface and analytics engine that can churn out actionable insights at the right time. For apps offering an omnichannel experience, a single source of truth for all subscriber data becomes even more critical.

With an ever-growing subscriber base and evolving offerings, it could become an engineering nightmare to manage products, payments, and revenue reconciliation across channels. Engineering efforts stand wasted if always caught in the quagmire of revenue operations which could be automated and outsourced to ready off-the-shelf platforms. App developers should instead focus on the more essential areas of optimizing app performance, user experience, and feature releases.

App developers need to communicate with their subscribers in-app, via email, or other messaging channels to keep engagement high. Being able to segment consumers based on usage and transactions is highly relevant for impactful communications.

Finally, while monitoring Daily Active Users (DAU) will continue to hold relevance, there are a whole new set of metrics to measure subscription-based businesses. Customer Lifetime Value (LTV) and Annual recurring revenue(ARR) become go-to metrics to gauge how app businesses are doing w.r.t subscription revenue. One also needs to keep a tab on Churn and Retention Rates, the Average Revenue Per User (ARPU), and a host of other metrics. The right revenue analytics tooling can help actively manage these and drive them in the right direction.

All developers would naturally want users to come back to their apps as much as possible. A subscription-based revenue model sure helps enable that. Apart from yielding consistent revenue, it offers the opportunity to strike deep, long-lasting relationships with customers. While the shift to subscriptions might seem like a no-brainer, it is easier said than done. The customer experience has to be stellar at all times. And that needs continuous testing and continuous delivery with the aid of a reliable tech stack.

The subscription wave is here to stay. The question is how many apps can quickly gear themselves up to ride it. Once apps equip themselves with the right know-how and the necessary tech toolkit, they will have the much-needed head start to write their own growth story.

Talk to us to know more about how Chargebee is working towards subscription solutions for app businesses. 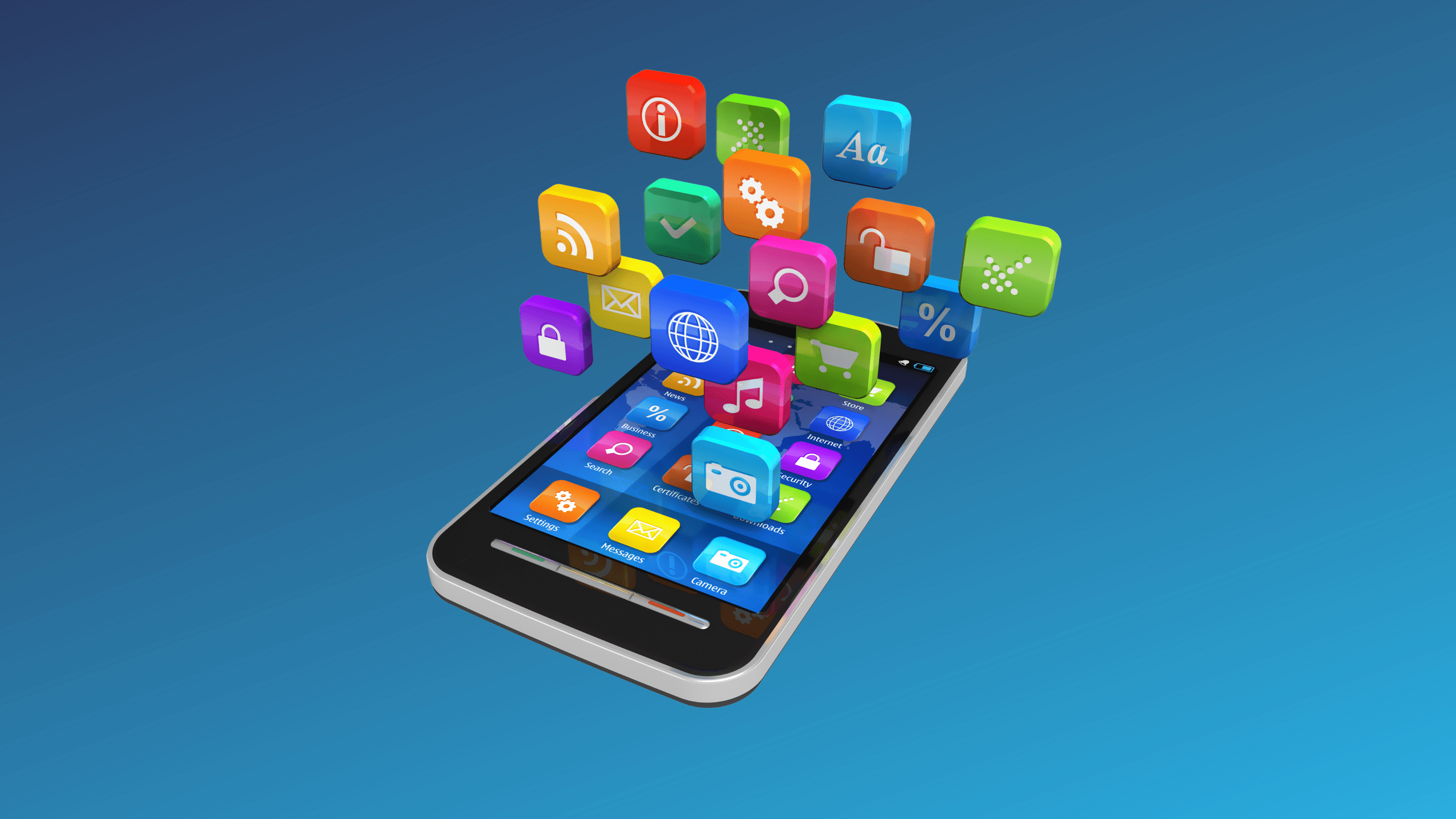 Mobile Apps now have the freedom of choice on Payment Methods