Ours is an age of ever-expanding technological bucket lists. Little by little, every day, microprocessors bear the weight of radical change. A new new thing is always on the horizon.

Smart phones, devices that inhabit approximately 2 billion pockets, are at the heart of it all.

No existing business is ignorant enough to not call forth the enormous possibilities that mobile presents as a platform. And it’s hard to ascribe the quality of gradualism to the unreal growth that consumer startups have seen, scaling mobile-first ideas.

Even for SaaS startups that serve businesses, mobile seems like an obvious path.

Why SIMPLE isn’t everything in SaaS

In 2012, SaaStr’s Jason Lemkin noted that it’ll take, at least, three more years, before we see successful “Mobile First” SaaS startups. But here we are and things haven’t changed much.

And simple isn’t everything in SaaS, at least in the enterprise. SaaS also has to at least cover the minimum level of complexity necessary to meet its core business process roles.

Small screens and simplicity. Between them, there’s a chemistry that thrives on constraints. There are limited directions to take and more chances to go deeper in the few that are left.

It’s not surprising that mobile has led to numerous vertical apps, with the unbundling of existing products, first Craigslist, then Yelp, and others. Apps that help with simple tasks. And, mostly, apps that don’t have much to say to other apps.

In enterprise SaaS, however, the opposite is true.

At work, an individual is engaged in an increasingly demanding cycle, the workings of which are set in motion by an urge to attain fulfillment and efficiency.

Complex tasks. A burning need for collaboration. There’s a lot going on at the modern workplace.

Take an in-app messaging tool, for example. How hard could sending messages be?

Before composing a message, you need to segment recipients based on the organization that they work for, their roles, their recent activity, their proximity to goals that you’ve set for them and a multitude of other filters.

And that’s just one example of what the tool can do. You could consider using such a tool on a smartphone, but the chances of it becoming your preferred device are scarce.

The SaaS apps that end up in our stacks, aren’t just best at carrying out complex tasks, but they also have the ability to communicate well with other apps.

Products that start as single features tend to get commoditized while the trend in crowded markets is to create software that combines multiple products (tools) into one.
Hiten Shah

We can think of this bundling as a natural progression for any customer-driven tool. As people get efficient at a given task, the real significance, then, lies in helping them get better at related tasks.

Imagine making all that work in a small screen.

Sure, one could figure out a way to do that. As, all it would require is whittling things down to fewer use cases, making things much simpler, and a few tussles with the hourglass. But at the risk of blunting what the app does well.

The troubles of products are troubles of context. Someone’s motive behind using the tool, their relationship with different screens, their last action, the time of the day, and the endless debates with their inner selves. Everything. Counts.

Mobiles might serve as an extension for certain parts of an app, parts that are meant to be consumed anywhere. Reports. Metrics. And others.

Though, if your app’s core objective is to assist humans in accomplishing more, going all in on mobiles, isn’t yet the best path.

The enterprise of slow hunches

Some ideas abide. They aren’t bothered by time. One is made aware of them, sometimes as distant thuds of kicks, sometimes as gleeful applause of the fans, in a long running soccer game.

Steven Johnson talks about the long incubation period of ideas. A period of continual transit between being uninteresting, exciting, and earth-shattering. The undeniable value of connections that linger over decades, the seeds of new beginnings, the slow hunches.

Their new ventures speak of a recurring pattern in SaaS. Founders who’ve spent years working on SaaS product(s), and have witnessed first-hand the problems that customers face at different stages.

In David’s case, for instance, most of his previous work was centered around making businesses better at earning more customers. What led to the founding of Drift was the contemplation of what happens next in the life cycle; hence, a tool that could help “retain and grow” customers, made sense.

When the team at Battery Ventures analyzed a database of leading SaaS companies, they found something about this pattern:

As far as past work experience, by and large, SaaS founders rose through the tech ranks. Most were veterans of enterprise software who set out to solve a problem they found at a prior company.

The ins and outs of a trade don’t just assemble on their own in a readily discernible order. They’re recognized over time by someone who gets to witness both sides (makers and users) of the table. This has been the case with most enterprise products, not just for SaaS.

For a similar pattern to unfold in the case of mobile-first enterprise startups, we’ll need more of them. Given the limited problems they solve and as is the case with any other transition, it will take time.

The day remains the same

It seems the ball bearings of web apps, will soon wear out. And consequences await us, if we don’t make the switch, fast enough. Perhaps.

When it comes down to our own application, there are few parts that must work well on all devices and are undergoing the same treatment, as you read this.

Then, there are other parts, that are way more complex. They also form the majority. Like setting up lifecycle emails or configuring and testing a payment gateway. Working with these in a small screen would be like constructing a pangram with the knowledge of a fraction of the letters.

What made this even more clear was the surprising learning that we had while examining how our customers use the app. Almost all (96.81%) of them, access their Chargebee accounts, on desktops. And that percentage hasn’t changed much over the years.

Is it worth readying everything for all the screens? At least, worth worrying about? Nah.

Okay. Let’s head to Punxsutawney, Pennsylvania, for a moment.

In the movie, Groundhog Day, a reporter named Phil Connors who covers weather for local news, is stuck in time. To be precise, in a day. It’s the 2nd of Feb, the Groundhog day.

The day wears. Only to show up again, as if it has pledged allegiance to just one artform – perennial rewinding.

Phil tries, as hard as he can, to disappear. Yearning for the next day, he comes up with tricks and escapes. Mostly, stuff of unadulterated folly. Disappointed, he tries to end his life. Fails at that, too. Enduring the sameness of the day still looms as his only cause.

But the passage of time brings a change, a new lens that helps him pierce the din of everyday things.

He realizes that impact is tucked inside constant effort, and a series of good deeds. He rescues the townsfolk from numerous troubling situations, learns to play the piano, and to say most things in French. And attains mastery at his job.

Everything remains the same. And, yet, everything changes.

Considerate. Constantly at odds with the allure of shiny things. Leaps occur when we understand that getting our customers closer to their true north is all that really matters.

There are companies like ServiceMax that are mobile-first, and they work well for people involved in fieldwork.

But for most existing enterprise tools, mobiles don’t make as much sense. Times change, of course. But the business of jumping on to the next big thing in haste, isn’t a good business to be in.

As Intercom’s Emmet Connolly wrote in a recent post, there’s another way to think about this –

There is a humbler, more considered approach, though. It involves thinking about building products as an opportunity to gradually steer us towards a future that’s still unwritten. To have some small influence over the direction of technology. Or maybe even kick some stones in its path.
Emmet Connolly

A magician performing on a canoe knows that there are certain acts – no matter how trendy they might seem – that don’t merit her attention. She breathes all her dedication in her main act, instead. Thus, granting the audience, a chance at being enthralled.

Get the scoop on what's new
Related Read | ~12 min 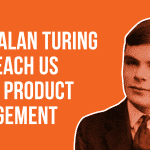 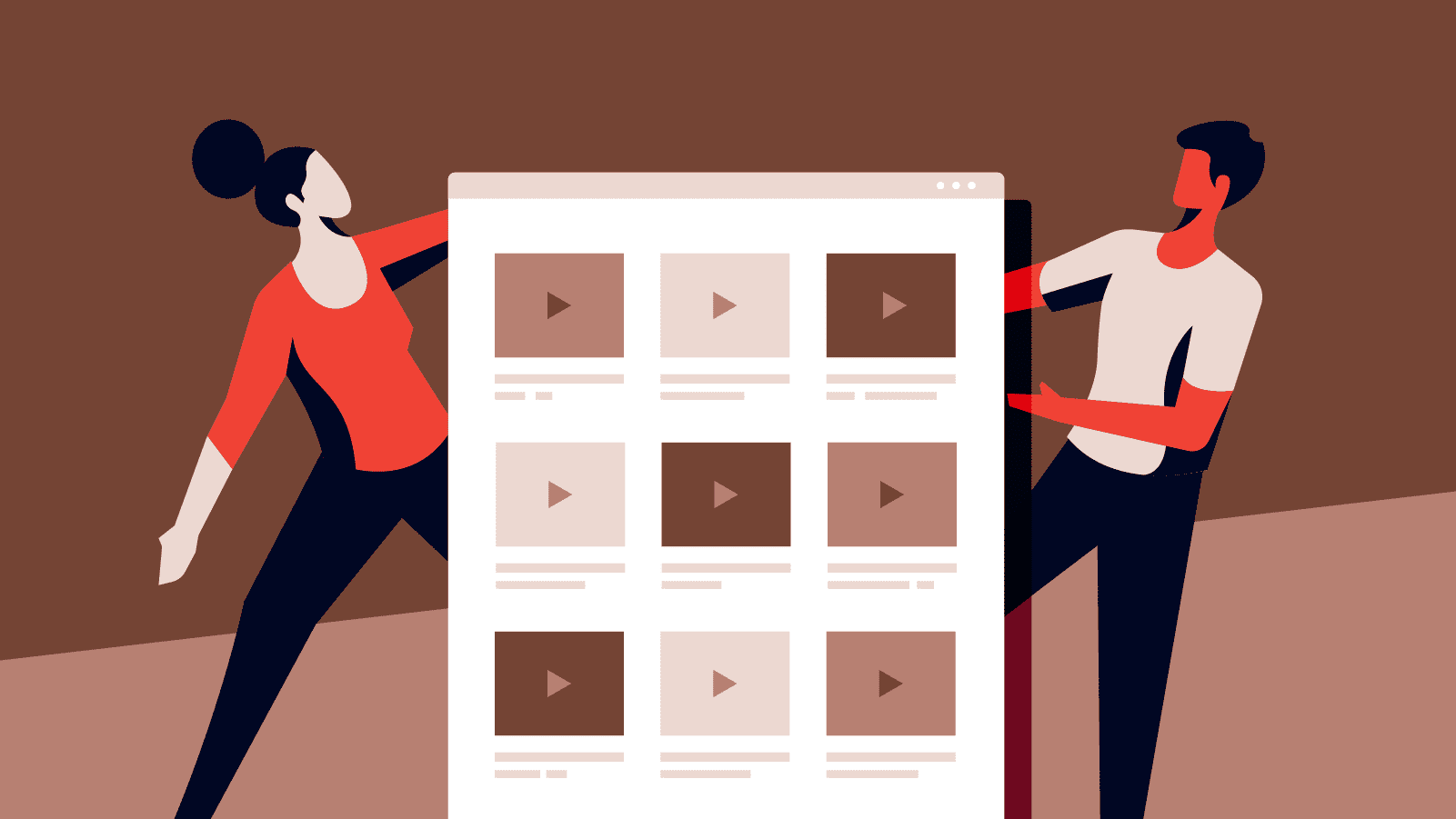 ‘Catalog’ Your Way to E-Learning Success