The term ‘to binge’ or ‘binging’ (as referred to in ‘binge watching’) started during World War I when people would overconsume eating and drinking like it was their last because technically, it could be so.

Little did they know that somewhere in 2013, people would start using the same term for consuming content.

Today, be it on transit, an idle hour waiting at the dentist, or while cutting onions, we want to squeeze in one more episode of Brooklyn 99 or DoctorWho. The content and our curiosity get the best of us as we click ‘one more episode’ while we catch a reflection of our concerned (or concerning) faces on our screens before the credits roll in.

Recent research by AppAnnie states that a person spends watching 38 hours of content each month on just mobile phones on average. It technically means we are spending nearly a whole work week watching videos on mobile apps.

Five years ago, only the millennials enjoyed this newfound freedom of carrying content they liked wherever they went. Still, today, my grandma, an octogenarian, loves the company of Martha Steward on her evening walks.

Over The Top (OTT) video streaming content took over the space dominated by cable TVs. This adoption helped segue OTT services capture a broad market and earn more through subscription fees, which allowed them to produce compelling shows with record viewership.

OTT services are expected to grow to $1.039 trillion by 2027, riding on low entry costs and a lack of long-term contracts with no strings attached for the user. At this point, in an ideal world, everyone goes on to live happily ever after, but in the actual world, OTT started facing the brunt of its quick success.

These lucrative figures attracted and still stand to attract more competition in the OTT landscape. So to differentiate themselves from the rest of the pack, many services have been forced to promote free trials, give away hardware as gifts, and most importantly, make cancellations easier.

Here is where the problem begins.

The freedom given to the customers to shift boats at the slightest inconvenience primes them to switch from service to service after taking advantage of standard free trials. They drift in and out of subscriptions based on where the trending shows are.

Subscriber churn in OTT has stayed approximately 40% while fluctuating a few points above and below in the US, one of the biggest OTT markets. With new players entering the fray, it is more important than ever to reduce OTT churn and incentivize revenue to reach positive ROI or increase the subscriber base.

But, what is the main reason for OTT churn? 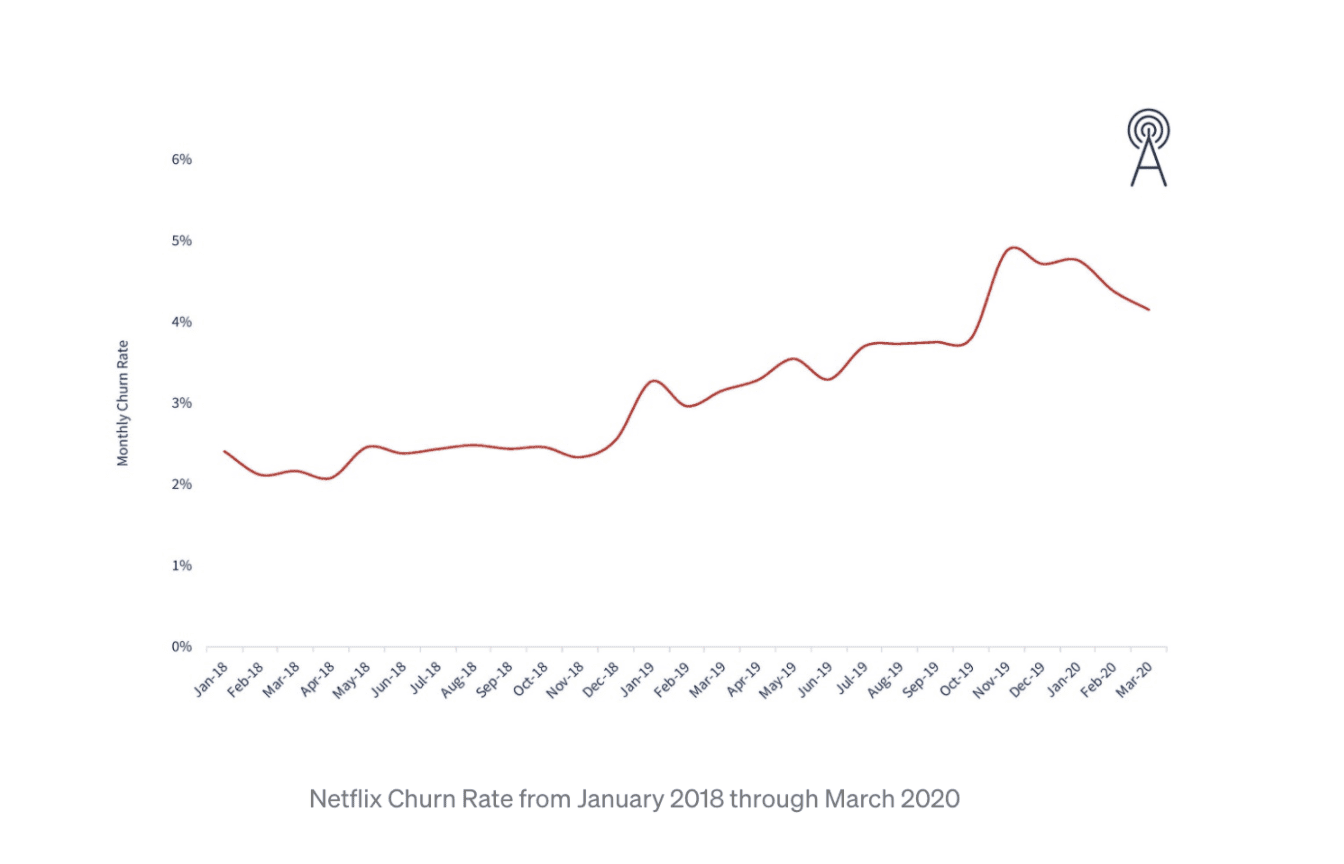 The churn rate of Netflix has doubled in the period between 2018 to 2020. While factors like affordability took center stage after the pandemic, this graph shows the impact of competition on Netflix’s growth trajectory. 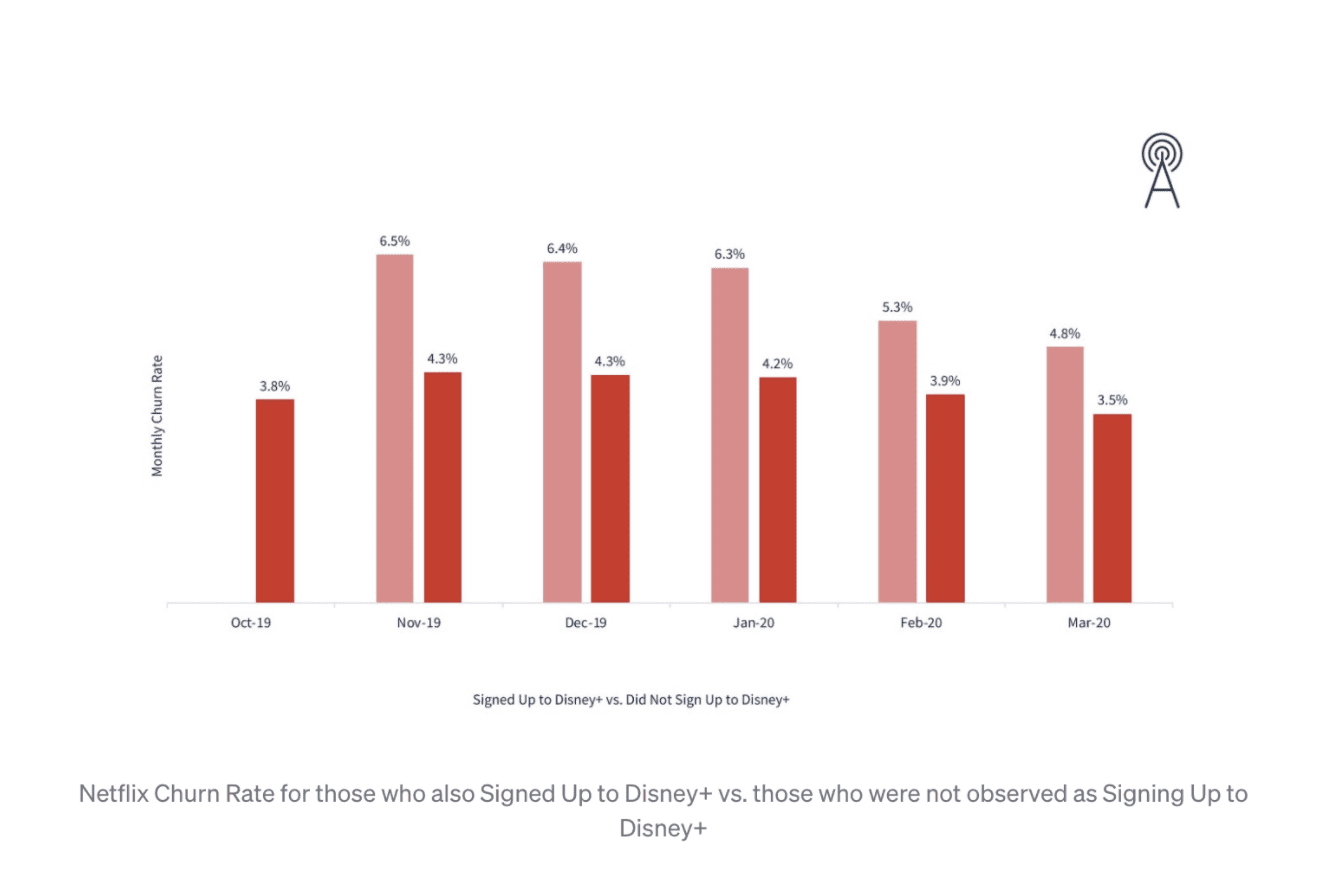 Even though the vast competition had an undeniable impact on Netflix, the figures seem to stabilize with time. You can credit this to the hype of a new product and the consistent quality that Netflix retains to this date. But many OTT services succumb to the pressure of competition and make their exit before they have time to gain market share.

So, how do we calculate churn in OTT?

The churn rate is an indicator of whether your service would scale or perish. It can be calculated differently for different subscription models, but Zemoga, a design and engineering firm, suggests a straightforward calculation.

He says that the following variables must be calculated for the specific billing period before calculating the OTT churn rate.

Then, the net churn rate, using the formula, would be,

The more established players such as Netflix, Amazon Prime Video, and Hulu have always enjoyed churn rates below the industry average. Churn rates are unpredictable and vary wildly from the more significant to smaller players. For example, in the last two years, Netflix had a churn rate ranging from 2.3% to 2.4%, while the rest of the market suffered a 5.3% to 7%.

Still, nothing is guaranteed in this market because due to its subscriber base’s easy exit and entry, churn has depended chiefly on price changes and quality of content.

The only two types of OTT churn you need to know

You can classify churn rate into voluntary and involuntary churn.

This type of churn happens when customers cancel their subscriptions on purpose. For example, when Game of Thrones ended after eight years of airing on HBO, the platform lost 38% of its subscribers. 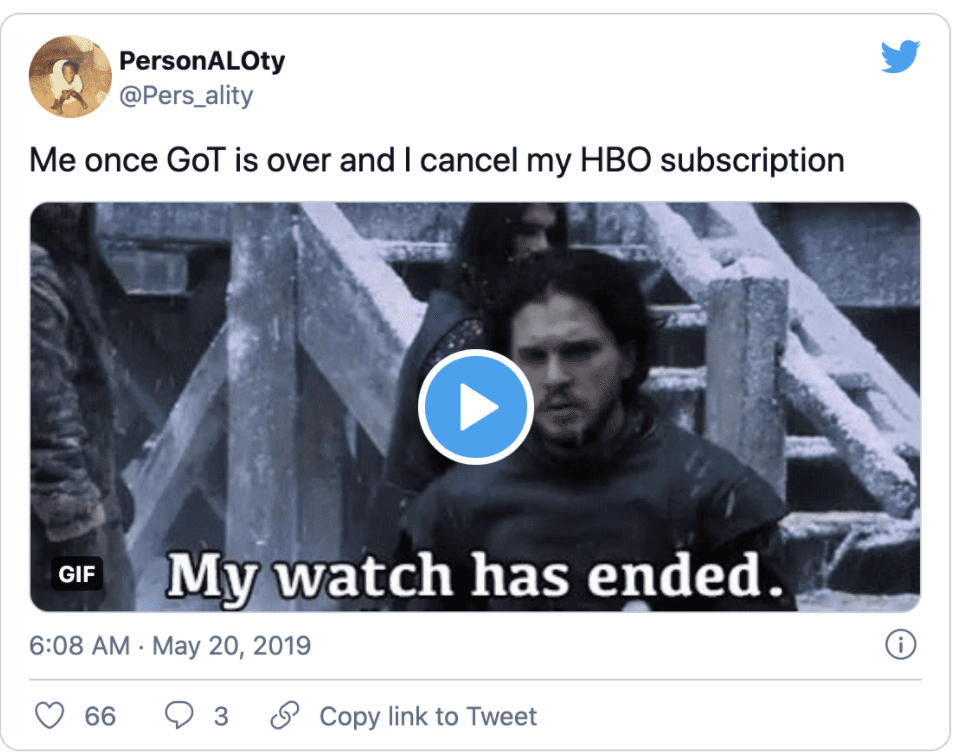 Apart from cancellations, it also includes downgrades. At Chargebee, we provide our customers with an option to activate ‘pause subscriptions.’ In this way, your customers can temporarily put a hold on their subscriptions rather than cancel them entirely. Having good content released in the foreseeable future also helps people in deciding to wait and see.

Involuntary churn is when the subscription business is unable to collect the payment from its subscribers. While credit cards are easy to use and mostly linked to OTT platforms, they can decline for many reasons such as expiry, personal information changes, temporarily suspended, credit card limit restrictions, lost or canceled cards, etc. It leads to revenue loss and customer churn invariably.

Chargebee enables intelligent dunning to tackle involuntary churn, which decides how many times a follow-up must be made without causing the payment gateway to be blacklisted. But more on this later.

Why is retention important?

With more companies giving importance to their metrics, they realize that reducing churn can reduce the cost of customer acquisition (CAC) and increase the Lifetime Value of the Customer (CLTV). 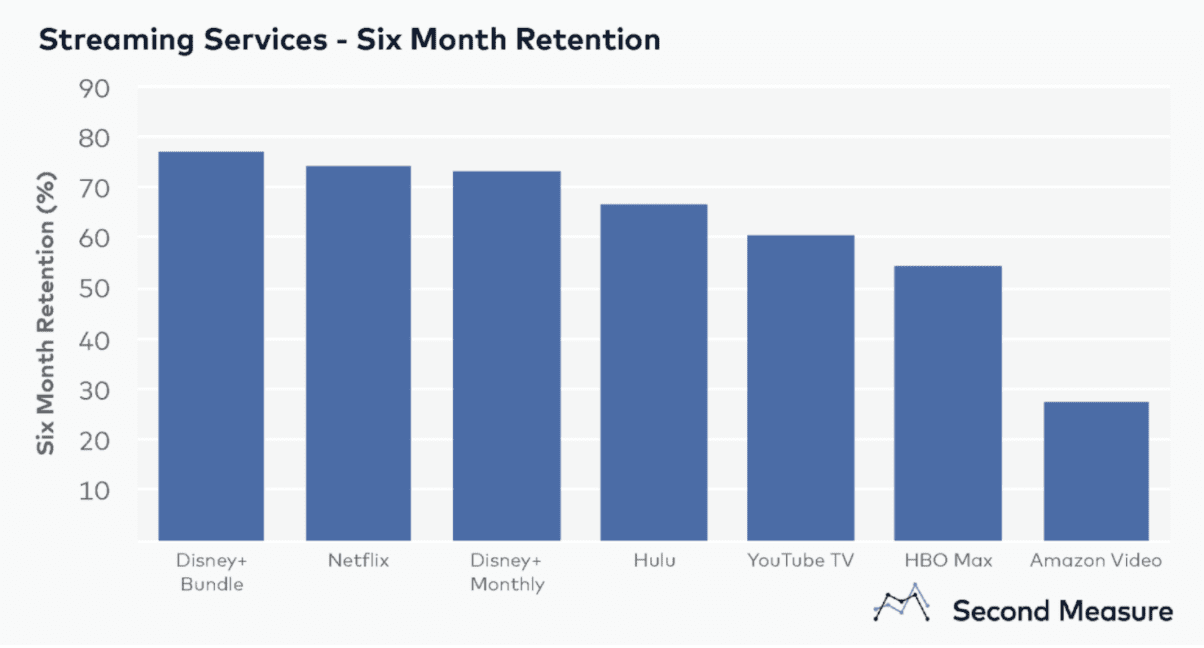 For example, Disney is the leader when it comes to subscriber retention. They do this by localizing their offer, gaining content rights for movies and series based on their customer intel, and offering their services across a wide range of integrations such as ESPN +, Verizon, etc.

But does your CLTV have all the secrets to reducing churn? What if you do everything you can, get a billing system like Chargebee, or procure rights for the next Crown, but your churn rates remain red?

Don’t worry, we got you covered. There is never a one-stop solution for an all-encompassing issue like churn. We put together a guide that tackles the different ways you can reduce churn in your OTT business. View it here if you’d like to reduce churn. 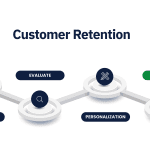 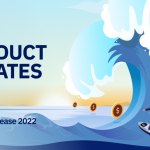