It’s 2006. YouTube is becoming culturally ubiquitous. For some reason, watching videos of mentos and coke explosions is a thing. And – get this – you can even watch movies on your iPod nano.

I will get to the point before this starts sounding like a BuzzFeed listicle. 2006 was the dawn of the video era. Videos were slowly making their way into our daily routines.

Amidst all this, Brown University graduates and best friends Brendan Schwartz and Chris Savage launched Wistia. What started as a video portfolio website for artists has now evolved into a business that pioneered the world of video marketing.

At the Chargebee’s Champions of Change summit, Brendan spoke about navigating strategy in an ever-evolving market.

A little over a year into launching Wistia, a friend working with a medical devices company came to Brendan and Chris with a problem he wanted them to solve. The company wanted to share videos of surgeries done worldwide with its headquarters, and they were shipping DVDs from different parts of the world. Brendan and Chris realized it there was an easy solution for this and that’s when they built the first version of Wistia as we see it today, in a short span of two weeks. Brendan recalls that solving a problem, rather than building a product that they wanted and getting people to use it, was exhilarating and addictive. It also created an instant pull instead of a push, as more doctors lined up to use the platform. It formed the genesis of Wistia’s shift to video marketing at a time when companies were still struggling to find a place for videos in their marketing and communications strategy.

According to Brendan, one of the crucial drivers that accelerated the market adoption of videos was their focus on content marketing in the early stages. More than driving product adoption, it was all about sharing their learnings as the business grew, and that received a lot of positive feedback. It helped in increasing its audience and customer empathy over the years. Truly understanding what the customer needs also made the product development roadmap clearer and more straightforward.

“When you are building a business or product, and you’re determined to make it work, focus on initiatives that will pay off in the long haul. The key is to know what kind of experiments you can run and for how long.”

Being Ahead of the Curve

Every entrepreneur deals with the dilemma of following the market vs. jumping ahead of the curve. Should you build features because every player in the market has them? Or should you create for the market that you envision and wait for the market to get there?

Brendan says that it’s necessary to combine your vision with the underlying need for the product or the feature when jumping the curve. For instance, say you are a trainer who uses videos to teach; it’d be great to know if the viewers are watching your content, right? Well, Wistia did just that, and more. They introduced Heatmaps, where you can see the viewer’s engagement in the video. Heatmaps highlight the portions of the video that individual viewers rewatched or skipped through and helped in differentiating the people who were interested in the content. 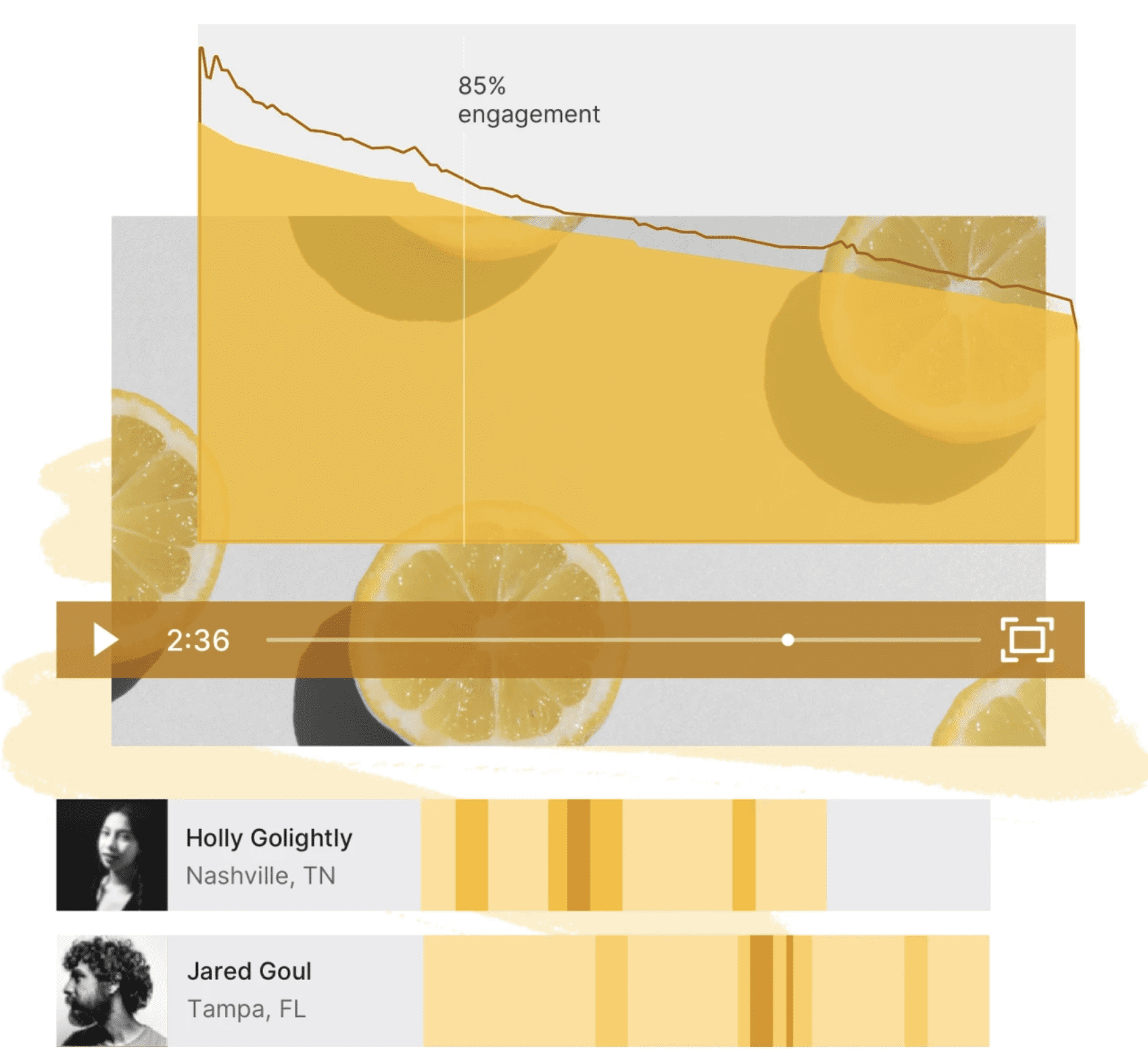 Brendan says it’s all about looking deep to find the user’s underlying need when you think of your products and features. For example, people often use videos for sales or business development and send them to a single person or a small group. That’s why Wistia introduced Soapbox in 2017. Soapbox is a chrome extension that lets you record your webcam and screen simultaneously and share it instantly with a single person or a small group of people. Because it solved such a commonly faced problem, Soapbox found its applications in various places, from sales to marketing, such as creating explainer/how-to videos, webinars, podcasts, presentations, training videos, etc.

Being ahead of the curve is the result of being empathetic with the end-users. Brendan talks about how they nurture a culture of customer centricity at Wistia.

There’s no substitute for talking to the people who use – or don’t use – your product.

Going against the grain, Brendan believes that sometimes it’s okay to do things that don’t scale. A meaningful conversation with a single customer is always better than a customer survey with thousands of customer inputs and insights. Talking to customers will help you see patterns that you may otherwise miss in a faceless survey. It formed the foundation of Wistia’s customer-centricity.

What’s the Next Big Wave?

“While more people may know of your business after running a multi-channel advertising campaign, that doesn’t mean they necessarily care about it.”

That’s where brand affinity marketing comes in. To build trust and affinity about your brand, you have to go beyond conversions and impressions. Brand affinity makes people want to spend time with your brand, and it all boils down to building content that resonates with your audience and gives them real value. One way to do that is to create binge-worthy episodic content that keeps the audience hooked for more in videos, podcasts, or blogs. If you’re authentic and your business values resonate with people, your community strengthens. In the long haul, being authentic has a much larger impact than traditional digital marketing.

Wistia has championed change by creatively crafting their strategy in a world of disruption. ‘Champions of Change Summit’ was the largest gathering of such champions and their transformative stories. Check out the rest of the sessions here!