All words are pegs to hang ideas on.
Henry Ward Beecher

There’s a peg for all sorts of ideas.

Each line of work has its own special set. Deeply embedded in the initiation rituals, doing the new practitioners the unsung favor of documenting the basics of operating.

Journalists understand the importance of a lede, and what it does to a piece. Falconers know when a hawk bates, and what might have triggered that.

Helen Macdonald writes in her moving memoir, H is for Hawk, with an almost archaeological faith, about her desire to learn falconry’s “disconcertingly complex vocabulary.”

They were magic words, arcane and lost. I wanted to master this world that no one knew, to be an expert in its perfect, secret language.

Resolute. Seeking a deeper understanding of the terms of one’s trade. Perhaps, such fevered attention is limited to certain disciplines, and doesn’t matter as much in others.

A pivot, after all, is a special peg of the startup world. And one could argue that everyone gets it. Flickr, Twitter, YouTube, and countless other examples come to mind, in an instant.

What, exactly, is a pivot?

A pivot, as Eric Ries describes, occurs “when we discover that our experiments have stopped being productive, [and we move] to a new fundamental strategy that allows us to do better experiments” without changing our vision.

But it isn’t just changing the product. As per Steve Blank, it could be a meaningful shift in the pricing structure, the customer segment, the value proposition, or any of the nine components of a business model.

A finding from The Startup Genome report reveals that “Startups that pivot once or twice raise 2.5x more money, have 3.6x better user growth, and are 52% less likely to scale prematurely than startups that pivot more than 2 times or not at all.”

If we step through the back door of pivots to uncover what really makes them work, then we’re sure to learn that just like the distant river in the east, the waning moon, and the kind hearted mornings of October, pivots are pegs for special stories to hang on.

The stories of vision, change, and forward motion.

The stories of spotting hopes.

The stories of startups.

The streets surrounding the Brigham Young University sport a conspiratorial look on certain nights. As if they’re looking forward to the first thrum of footsteps. Eager.

The footsteps in question belong to a group of Mormon college students. Students who’re not allowed to take up alcohol as a pastime as per a health code, and have had to devise a game to cure the malady of boredom.

A game based on setting off a series of trades, beginning with small objects like toothpicks or paperclips. A game called Bigger or Better.

Teams are formed. A time limit is set. As a rule, no money is involved.

Then, teams spread across different neighborhoods, knocking a door at a time, equipped with the game’s central question.

“Would you be interested in trading something bigger or better than this toothpick?”

Few doors remain shut. Few homeowners play along. And when they do, a paperclip turns into a cup, and at the next doorstep, the cup turns into an umbrella. And at the next one, the umbrella turns into a bean bag. And this goes on, and sometimes, lands these students things like canoes, television sets, and bikes.

In his excellent book, Smartcuts, Shane Snow observes the key to the game’s success.

The players didn’t simply parlay toothpicks for pieces of wood of increasing size; they traded toothpicks for pens and mirrors for old bikes… When a door was shut to them they immediately picked another one. When the ladder became inefficient, they hacked it. And that is what made them successful so quickly. The key to Bigger or Better in other words is the or.

The key to Bigger or Better, and successful pivots, Shane writes, is the way they move: Sideways.

They needed an internal sales team to make things work. Building one made them realize that most enterprise startups live out similar obstacles.

If this is a challenge that we’ve had, and other small companies we know that are enterprise business startups are having it too, maybe we should be working on tackling this.
Steli Efti

Elastic Sales had a “tech component and a sales component,” the former was their secret sauce. A communication platform brought out of a quiet fury against the available solutions, developed by engineers who closely worked with a high performing sales team.

Moving sideways lets organizations map new terrain, and instills in them the ability to reframe thoughts about different problems, faster.

Brian Eno, who has progressed sideways himself, as a musician, composer, record producer, singer, writer, and a visual artist, believes that beautiful things come out of nothing, and all of us are unpromising beginnings.

THE GAP by Ira Glass from Daniel Sax on Vimeo.

The pact that we need to make with ourselves is to admit that it doesn’t matter.

“Empty the pot of coffee”

To fail is to give up. But you are in the midst of a moving process. Nothing fails then. All goes on. Work is done. If good, you learn from it. If bad, you learn even more. Work done and behind you is a lesson to be studied. There is no failure unless one stops.
Ray Bradbury

Morning. Prolific cartoonist, Matthew Diffee’s residence. Ideas are strewn about in his head. Good, bad, and, great. Indifferent. He wakes up. Then prepares coffee. And gets an empty sheet of paper. Then, over the next two hours, he “empties the pot of coffee and fills the sheet of paper” with ideas.

A system that usually nets Matthew two good ideas. And every once in a while, a great idea – the one that might resemble your favorite comedian’s most important philosophical investigation brought to a standstill.

A system is a place we fear for its lack of liveliness, and also because it’s repetitive. Once embraced, though, it becomes a place which we learn to trust over time, for its capacity to transform the familiar into the extraordinary. Thus, making it better than goals.

Dilbert creator Scott Adams believes that an excessive focus on goals doesn’t align with progress on most occasions. In fact, it ends up being prohibitive. Systems, he says, “move one from a game with low odds to a game with better odds.”

He thinks that systems are at the heart of pivots, and that’s what makes them work.

A pivot is a system to test your assumptions about everything, with the help of data and intuition. And it’s followed, until you’re on a path that you feel is the closest to your vision.

“The system involves assembling a team around a starting idea and then pivoting until something lucky happens. No one pretends to know where it will all end up.” ~ Scott Adams

Pivot, just like any other system, is about showing up and doing the work. About knowing that we don’t know enough. About compounding learnings.

Failures occur. So do mini-successes. Once in a while, world changing successes.

The kid you once were

The doubt of one who would rather walk in mystery than in false lights, who awaits that he may win, and who prefers the broken fragments of truth to the imposing completeness of a delusion.
Aubrey Thomas de Vere

1817. It’s the third week of December. A young poet’s walk back home is about to produce a magnificent idea.

The idea that one can draw from uncertainties, not just the fear of getting lost, but the will to move forward and the possibility of discovering the unimaginable.

The poet, of course, was John Keats, who had stumbled upon the single most important quality of his literary idols. Something that he’d later pen down in a letter to his brothers, as Negative Capability.

Negative capability is a tool we use in the process to open the mind up temporarily to more possibilities. Once this way of thinking leads to a creative avenue of thought, we can give our ideas a clearer shape and gently let it go, returning to this attitude whenever we feel stale or blocked.
Robert Greene

As children, we possessed it, too. We lusted after mysteries in books, toys, and backyards.

We knew little. There were no notions. No fixed ideas.

As we grow, our brain is conditioned – on account of our experiences with different disciplines and people – to perceive certain things in a certain way. This conditioning saved our ancestors, and it saves us every day, as it helps us recognize paths that might lead to danger.

But this biased view of the world haunts most creative endeavors. It blunts our urge to unearth, and ruptures our ability to look at things exactly as they are.

That’s why, when most of us are asked to draw a chair by looking at one, the effort results in something that remotely resembles it. Because our thinking is colored with images of how a chair is supposed to be.

Drawing teachers counter this by requesting students to focus on the negative spaces around the chair, thus denying our brains the privilege of borrowing from its archives.

This time around, just because students aren’t too focused on the chair itself, they end up drawing something closer to the actual chair. They leave preconceptions at the door, learn that it’s natural to doubt one’s first attempts, and plunge in, anyway.

You’re not there yet. There’s a gap. And that’s alright.

Pivots are founded upon the same capability.

What if, instead of letting our experiences hinder our quests, we combine them with the new things that we discover, and come up with something special?

The universe buries strange jewels deep within us all, and then stands back to see if we can find them.
Elizabeth Gilbert

Startups are built around meanings, and on our ability to discover them for ourselves and our customers.

Of the countless hurdles we face, what keeps us going is the will to get somewhere. This ‘somewhere’ is expelled from the ministry of known. A Pivot, as Eric Ries puts it, is the GPS to get there.

Pivots themselves don’t mean much. But the ideas that they are built upon are the mainspring of creation.

Begin with an unpromising beginning. Operate with a system. Embrace uncertainty. 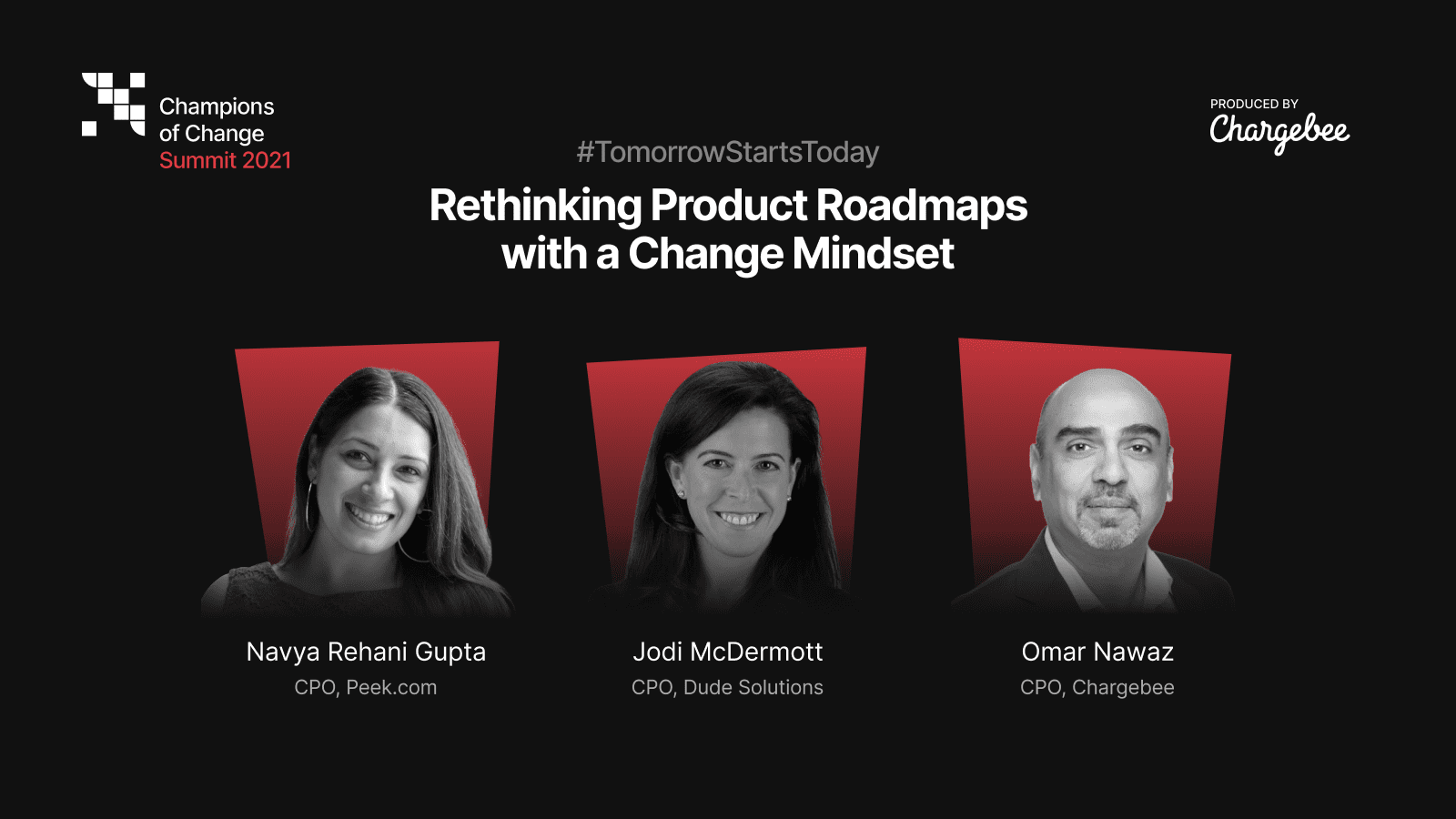 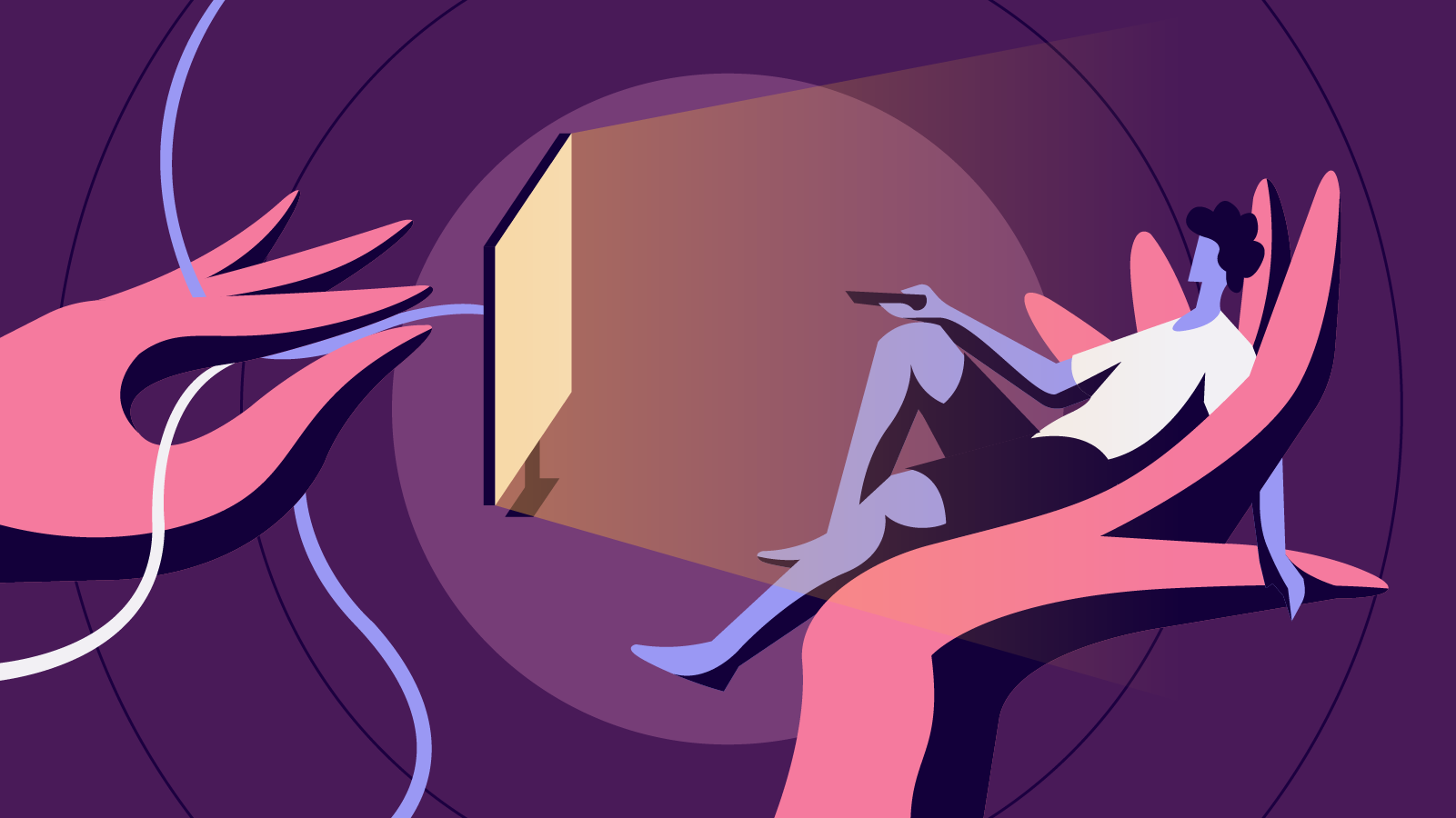 Play next episode: The call for a better viewer experience
Related Read | ~9 min 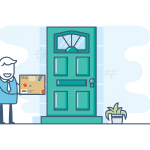