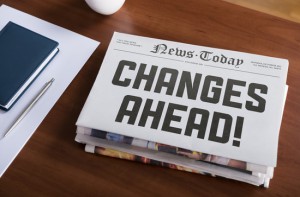 The concept of recurring billing is nothing new, and it certainly wasn’t invented by the SaaS industry. However, a subscription-based model is increasingly relevant for a generation of flexible consumers who want to subscribe instead of purchasing. This shift represents a dramatically new approach to business, and places a great deal of power in the hands of the consumer. Your company’s success is based on your relationships with consumers, which continue.

Recurring billing systems need to be scalable, PCI compliant and respond sensitively to changes in customer’s service level. While the move towards cloud computing is an apparent example of recurring billing, the following industries are also powerful examples of the new, subscription-based economy:

As consumers increasingly move from paper subscriptions to reading their news online, many of the best newspapers are moving towards a subscription-based model.

The New York Times, The Wall Street Journal, The Financial Times, and recently, The Washington Post, have moved to a “pay wall” model in which subscribers can purchase access on a month-by-month basis.

As the nature of advertising changes, companies in the newspaper industry who thrive are those who take “a flexible, multi-tiered approach to pricing.”

Increasingly connected consumers have an abundance of product options at their fingertips. Providing options conveniently is among the reason that companies who provide cosmetic samples on a subscription basis thrive.

One industry example, Birchbox was started in 2009 by two Harvard Business School roommates. It’s since grown to 100,000 subscribers and developed an international presence.

As networks struggle to meet the tastes of diverse consumers, providers who are able to offer the ability for consumers to stream television shows and films on-demand are filling a need for flexible media.

Actress Jessica Alba’s highly-publicized launch of her household goods and baby care delivery service, The Honest Company, was indicative of several trends among modern consumers. Alba stated that as a new Mother, she faced a sense of being overwhelmed while researching organic cleaning products.

The move towards recurring billing for products and services is a way for consumers to streamline their research processes and develop long-term relationships with brands they trust. While the growth of receiving household goods on a subscription basis is about convenience, it’s also about being able to sort through options in an era of abundance.

Several years ago, prepaid cellphones were most often used by consumers with limited choices due to low credit scores or other extenuating circumstances. Consumers are increasingly railing against two-year contracts and choosing subscription-based mobile service, through month-to-month plans offered by major carriers.

By all accounts, it seems that a subscription economy is imminent. Consumers are often too connected to commit to a product, and being able to receive services through recurring billing is more convenient. Please share your thoughts using the comments box below.