Last week, I got a Netflix recommendation for a movie about sports and math. Now we know the algorithm isn't perfect, eh? Just kidding, I love all intellectual things (clearly overcompensating).

It's the 2002 American League Division Series. A scrappy team of undervalued players beat all the odds to win 103 games in the series and beat the American League record for 20 wins in a row - using math. Have you guessed the movie yet?

This movie followed the true story of how the general manager of one of the lowest-paid baseball teams in the country used statistical analysis to redefine the criteria of baseball success. It's a great movie, but let's be clear. It's not about math, sports, or even how unnecessarily gorgeous Pitt looks.

According to a Forbes article (aptly titled Billy Beane Shows Why Leaders Can't Leave Data Science to the Data Scientists), "What's interesting is that as widely familiar as the story is, it is almost as widely misunderstood."

Detailed data on baseball players had been available since the 1800s, and the regression analysis used by the Oakland A's was 150-years-old. Even the idea of applying analytics to baseball had been around since the 70s.

Beane's strategy was ground-breaking because he "dared to use the insight gleaned from data analytics to drive the way he ran his business. 'Moneyball' succeeded for the Oakland A's not because of data analytics but because of Beane, the leader who understood the analytics' potential and changed the organization so it could deliver on that potential."

You can observe this startling epiphany in the world of business as well. As the amount of data, we collect increases, and words like 'AI forecasting' are bandied about, the companies that succeed are those who know how to read the data right and act on it.

In this week's Compass, we're looking at the constantly evolving world of metrics and how we can best use them to drive business growth.

When it comes to leveraging customer data, Netflix was far ahead of its competitors. Here's a drill-down analysis of how Netflix intelligently uses AI, data science, and machine learning to answer product needs.

In his substack Growth Unhinged, An unorthodox take on how to grow a SaaS company, growth expert Kyle Poyar asks the critical question: Is it time to ditch the old SaaS metrics?

Moneyball was a great movie, but you deserve a deeper dive if you're a baseball fan. From The Atlantic archives, a piece by Allen Bara - The Many Problems With 'Moneyball.'

A trillion-dollar eCommerce giant was born because one guy spotted a statistic and here’s the clincher, he decided to act on it. Here’s a thread on similar statistics that define our present world, how will you act on it? 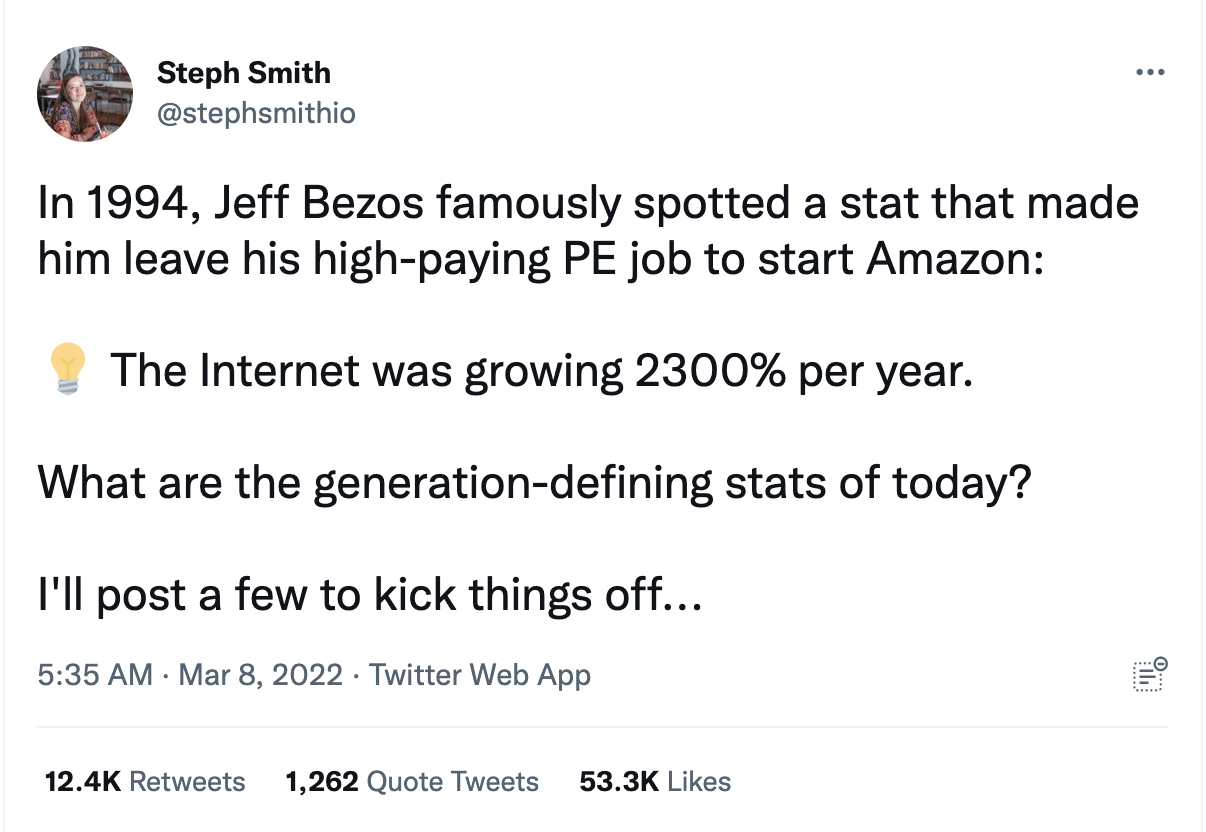 Our research with Forrester revealed that a growing company loses 20%-30% of its revenue due to operational inefficiencies. Let's fix it.

A Step-by-step Guide to Activating your True RevOps Potential

Can you reach the singularity of negative churn? Yes, yes, you can.

From Unit Economics To Negative Churn: Hitchhiking To SaaS Growth

You have multiple teams with multiple goals optimized for various metrics. To achieve strategic alignment across all your revenue-driving functions:

The RevOps Triangle: A Fail-Proof Structure for Your Revenue Operations Team

Our Director of Finance, Karthik Srinivasan, talks about how you can bring a semblance of sanity to your Revenue Operations and what an impactful revenue report can look like. Watch the webinar now >