Optimizing for growth in SaaS comes down to identifying the metrics that matter most, the levers that move them, and the relationships they share.

The path to growth, then, is not an immutable course, rather a journey with its share of twists and turns and epiphanies.

This post attempts to make that expedition – from identifying the destination to what it takes to get there, in light of a few such relationships.

Along the length of this post, we’ll meet strangers – SaaS characters and metrics, some of which will help us on, some that will weigh us down, and if we’re lucky, some that show us a new perspective. Bear with me.

Since the eventual objective of any business is profitability, and sustainable growth, thereof, that be our destination and we’ll trace our way to it.

An understanding of unit economics is fundamental to most pursuits of growth and profitability. If you are profitable per unit, you must be profitable overall.

In understanding unit economics, we meet the first two characters on this journey – Lifetime Value (LTV) and Cost of Acquiring Customers (CAC).

Lifetime Value acts like a Plimsoll line, and helps keep acquisition costs in check. Spend any more than your customers’ lifetime value, and you are no longer profitable with that cohort.

and average lifetime of each dollar = 1/(dollar churn).

Gross margin is just as critical as revenue. It’s a result of operational efficiency and so sits on a tangent that we’ll pick up another day. To keep things simple, I’ve opted to keep % gross margin entirely out of this post.

[If all your customers belong to one pricing plan and pay you equally on average, (1/customer churn) would tell you how long on average each customer stays. But if you are like most companies, some customers pay much more than others. Consequently, how long each dollar stays is a better ratio to use for calculating LTV]

This relationship between ARPA and dollar churn reveals the two levers that when moved in the right direction, yields better LTV, and thereby profitability.

Then, to increase LTV, you need to either increase ARPA or reduce revenue churn.

Fighting churn is an inevitable battle. What’s critical though is to remember that as with all metrics, churn is simply the reading on a gauge – like temperature on a thermometer – it only detects the presence of a problem and assigns a degree of intensity to it.

The problem lurking behind the symptom needs to be understood deeply. Account churn can happen for a variety of reasons. One helpful way is to think in terms of unavoidable churn (something happens to the customer) and avoidable churn (customer could not achieve their desired outcomes).

Translating these customer churn numbers into a revenue figure, we get gross churn i.e. the total revenue lost from a cohort due to logo, customer or account churn.

When we talk about lowering churn, it’s the avoidable gross churn we are talking about. How do you avoid it? Some handy lessons on reducing this kind of churn.

I should hasten to point, though, that not everything that seems unavoidable, is so.

Let’s come to the numerator:

How can the ARPA of any given cohort increase over time?

Now, why would any customer want to pay you more, progressively?

Nobody wants to. But they’d be willing, if they are able to get more value out of your product, progressively.

In case of a Helpdesk, customer A, that employs 50 seats, arguably, finds more value and costs more in operating costs than customer B that employs five agents. It feels unfair that both these customers pay the same.

What’s required then, is a pricing model that scales along with the value your customers expect.

But how do you know what customers perceive as value?

Which library would you rather be a member of? No points for guessing.

A higher number of visits does indicate more usage. But would a person be immediately able to correlate number-of-visits with the value they expect – to access and read books? Unlikely.

If it’s any consolation, pricing isn’t easy to grasp.

At best, humans are irrational in their response to prices. Consequently, many different pricing strategies exist – Cost-plus, penetration, competition-based – each of which has its advantages. But there is one pricing strategy that, when successfully pulled-off, makes it easy to justify the price to be paid.

Enter value metrics, or pricing axes. Value-metrics based pricing reduces a prospects anxiety when they try to figure out ‘is this worth the money they are asking for?’, by aligning pricing with a metric that clearly and immediately indicates realizable value from the product.

See how Zendesk does it, with a per-agent pricing axis.

Here’s how Twilio does it; value metric is bandwidth usage: 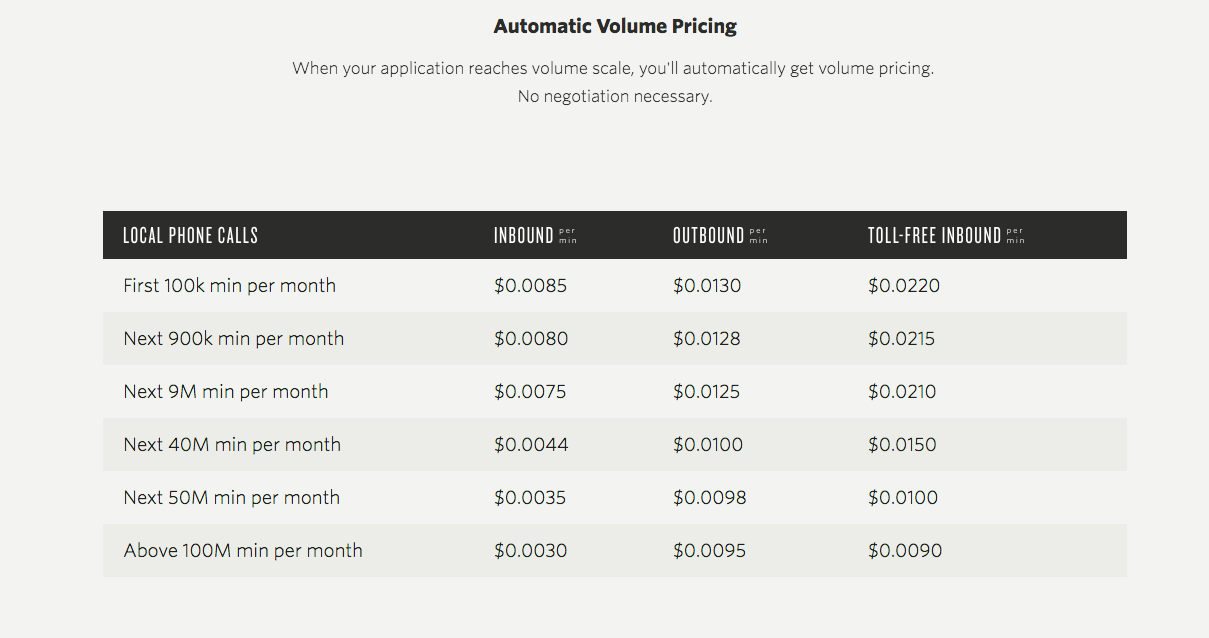 By getting the value metrics right, the customer success team can focus on avoidable churn and getting customers successful faster, and let your pricing axes take the heavy-lifting towards expanding MRR.

So, value-based pricing helps you:

And better unit economics precede better profitability.
We’ve come a long way in our journey, and are closer than ever to profitability.

But let’s not stop.

Riding Value Metrics To The Singularity of Negative Churn

By getting value metrics spot on, you’ve paved the way for greater expansion revenue.

What if we could do better?

There’s a glorious singularity waiting round the corner.

Imagine, you have just one pricing plan with a base monthly subscription price of $200. The value-metric is unique visitors, increasing by $10 per 1000 visitors MoM.

Now, let’s look at a cohort: In January, your business starts with 100 customers, paying $200 each. The cohort experiences a 3% monthly customer churn, while retained customers expand by 1000 visitors/month, and pay $10 more MoM.

Let’s take a look at the net MRR growth, and net revenue churn: 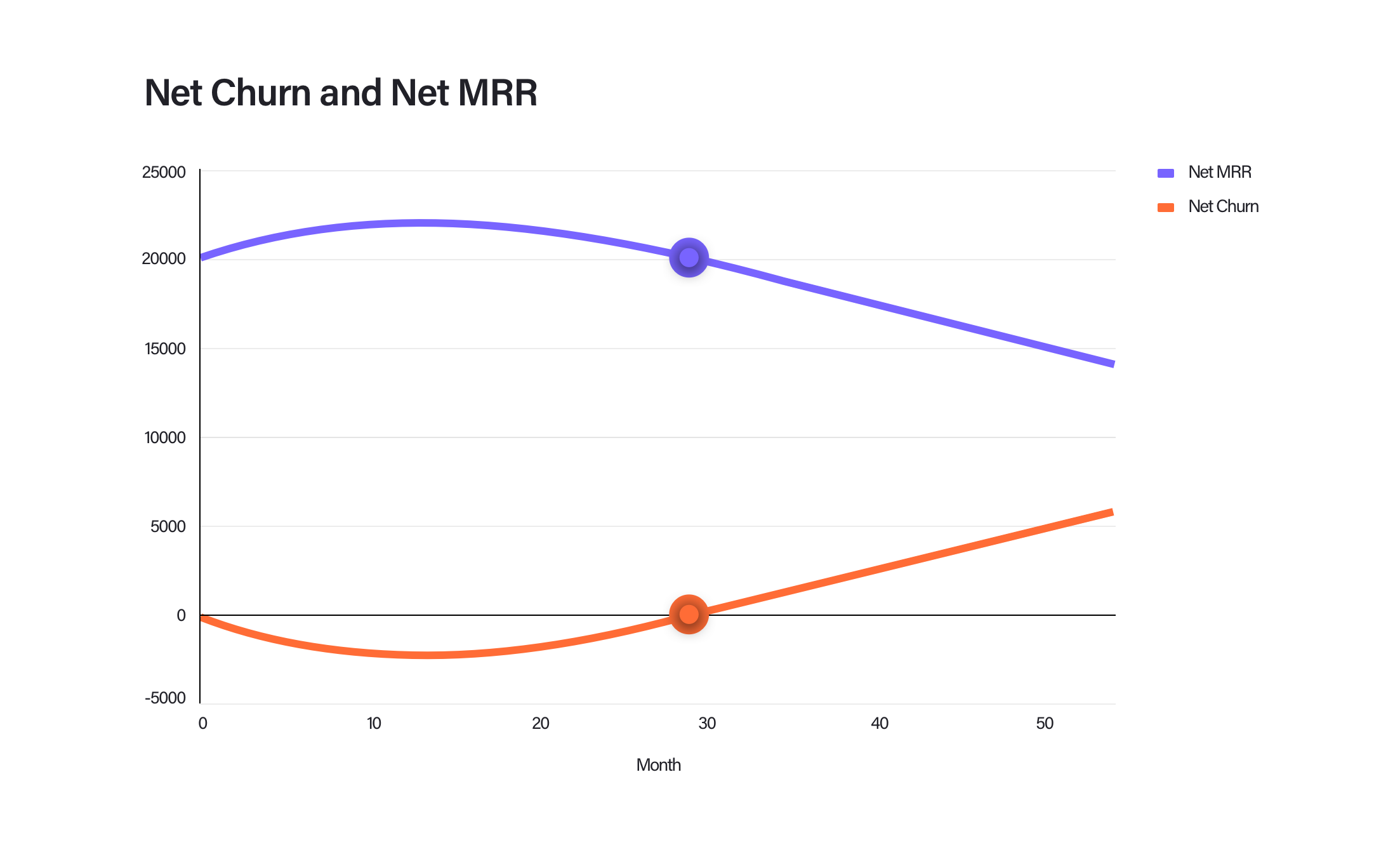 Pay close attention to the purple curve that indicates the net MRR. Initially, even as the customer churn happens at 3% month-on-month, the net MRR from the cohort increases for a good 12 months.

If you look closely, it reflects in the curve for net churn.

During the first year, thanks to the extra $10 each remaining customer started paying (i.e. expansion MRR), the net reduction in MRR (net churn) of the cohort, is negative! In other words, even while you were losing customers, the cohort shows a net growth in dollar terms.

We’ve reached a singularity in the universe of SaaS metrics – negative churn.

Understanding Lifetime Value In The Context of Negative Churn

In our pursuit of profitability, we optimized for ARPA enough to change the character of another – revenue churn.

Spare a moment to reevaluate relationship that formed the basis for our journey:

The equation assumed dollar churn to be always positive. Yet, as seen in this simulation, it’s possible to achieve an expansion MRR that not just compensates for the revenue churn, but dominates it and turns it negative.

In evolving from positive dollar churn to negative net churn, the relationship it shares with Lifetime Value has changed.

Make no mistake, your unit economics have never been better. Negative churn is a great state to be in. It’s just that, it’s going to take some doing to quantify your LTV.

To make sense of this new reality – the singularity of negative churn – and compute the correct LTV, David Skok explains how discounted cash flow needs to be brought into the picture.

Coming back to the simulation, you’ll see that over time, for the cohort, net churn turns positive, at which point (around the 28th month), net MRR begins to fall under the $10,000 that the cohort began with. But this cross-over back to positive churn is not inevitable.

Some of the most successful SaaS companies with billion dollar valuations have grown through negative churn rates – Zendesk (120%), New Relic (114%), Twilio (170%)

Summing Up, With a Word of Caution

SaaS metrics and their relationships are complicated. They shift and transform, and the laws that bind them change. Some changes can catapult growth and profitability.

Negative churn represents one such area of the SaaS universe, upon entering which, laws that applied hitherto no longer do.

If churn is the enemy, negative churn is its anti-thesis – a powerful and heady agent of growth.

It’s to be understood though, that chasing net churn alone to transform growth is patently unwise. Make sure you have eyes on gross churn, and work towards reducing that avoidable churn. To get you started, here are the benchmarks from the 2016 Pacific Crest SaaS survey, in an infographic.

Check out the net retention rate of public saas companies in this article by KeyBank capital securities.

The best of them live in that singularity.

Get the scoop on what's new
Related Read | ~11 min 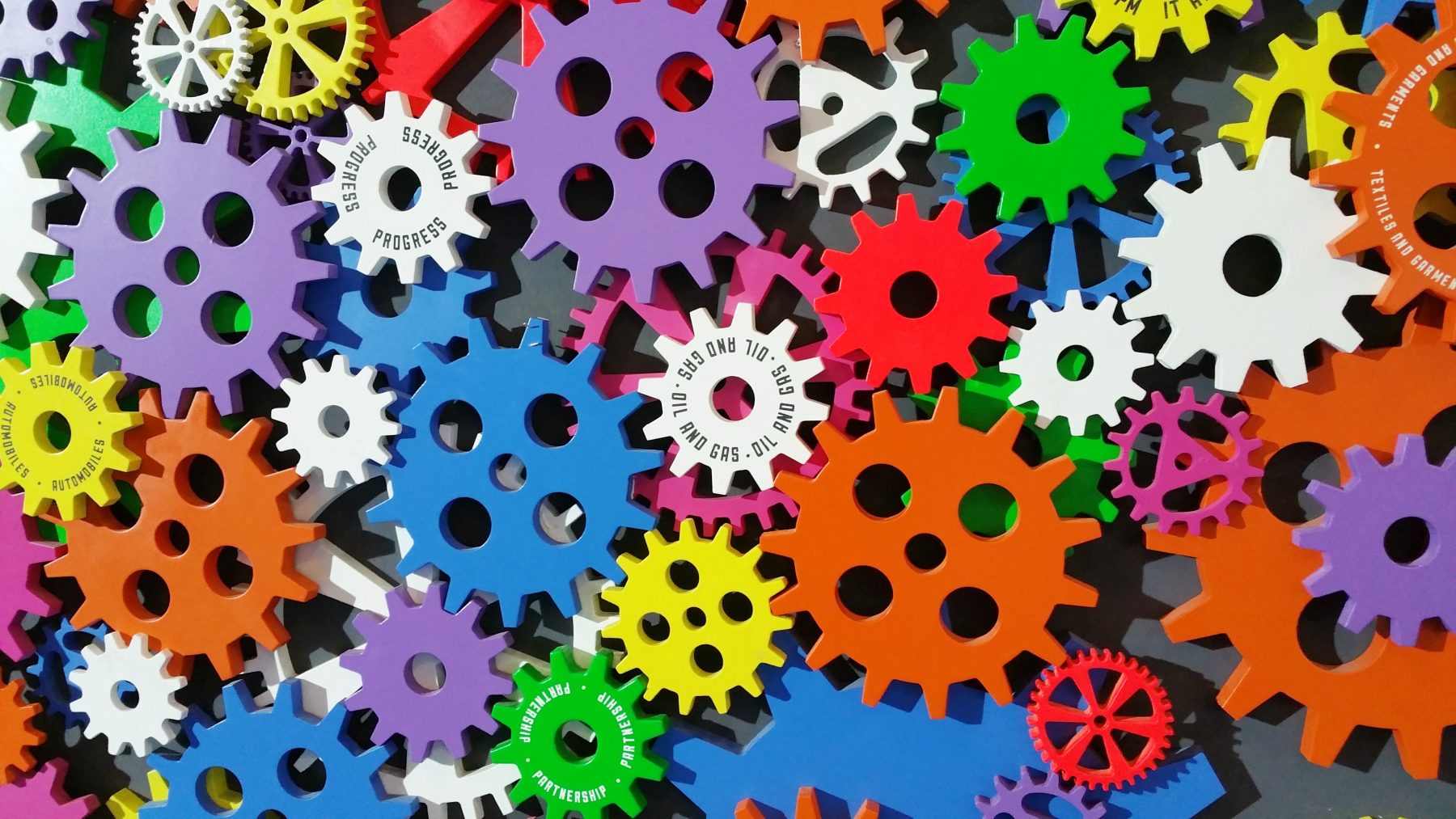 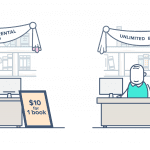 SaaS Pricing and Value Metrics – Lessons from the Top Seeds