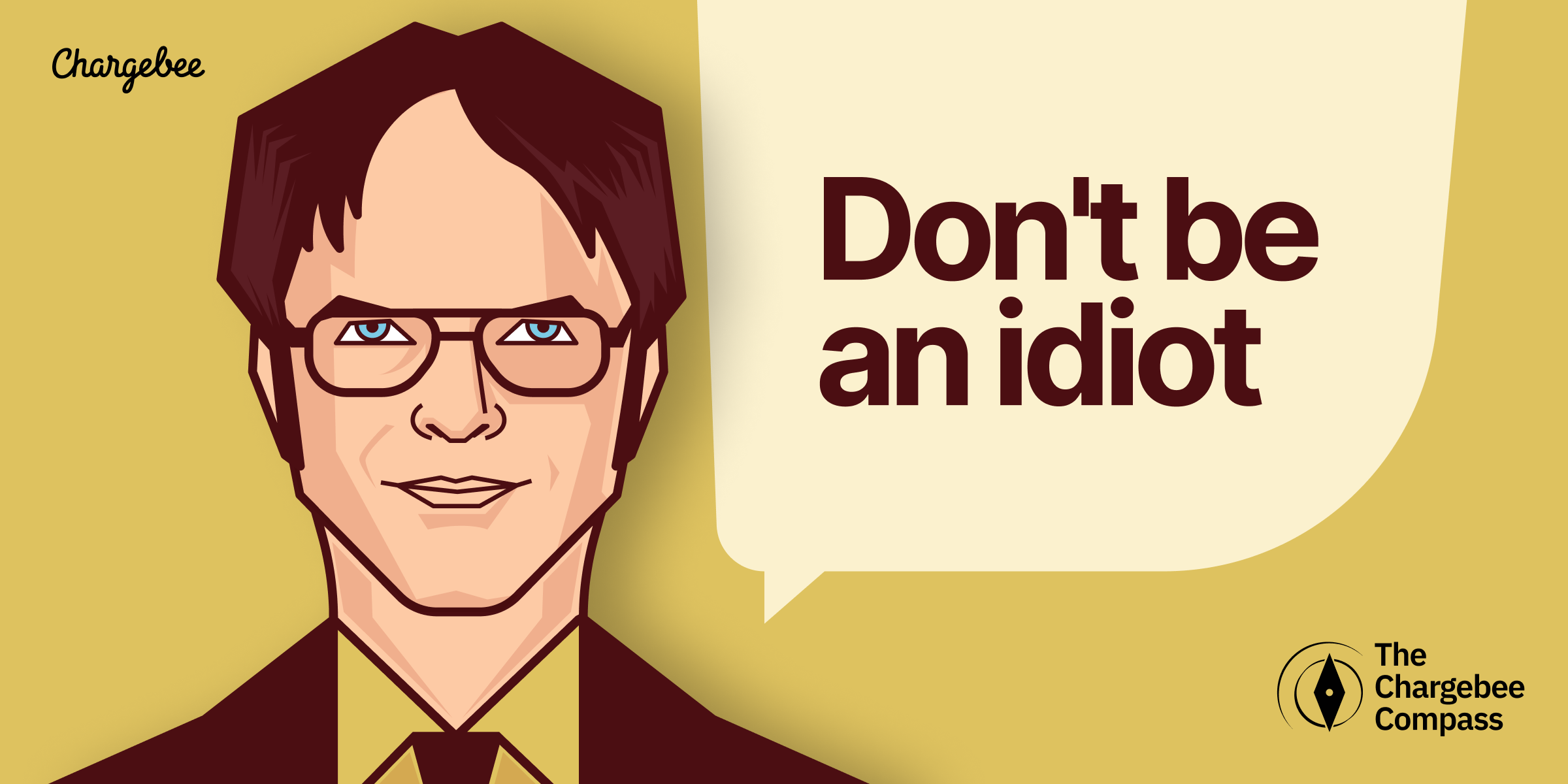 All of us hear a boatload of advice and inspiring speeches regularly, yet we retain surprisingly little and implement barely any. It begs the question - do you measure effectiveness by your initial level of awe or by how memorable and consequently actionable that statement is?

Let’s cut to one of the most underrated scenes in The Office, the TV show. Michael asks Dwight, “What’s the most inspiring thing I’ve ever said to you?” Dwight replies, “Don’t be an idiot. It changed my life.”

Most of us smirked or gave a this-is-classic-Dwight shake of our head and moved on, but the weird man’s got a brilliant point. Listen closely to what he says next.

He essentially used that single line to direct all the micro-decisions in his life, and when you add them up, you get a sensible, successful person. That logic crept up on you, didn’t it?

In their book, the NYT and Wallstreet Journal bestseller, Made to Stick, Chip and Dan Heath define something called a Commander’s Intent, a core that helps guide all of a business’ decisions.

“Herb Kelleher [the longest-serving CEO of Southwest Airlines] once told someone, “I can teach you the secret to running this airline in thirty seconds. This is it: We are THE low-fare airline. Once you understand that fact, you can make any decision about this company’s future as well as I can.

“Here’s an example,” he said. “Tracy from marketing comes into your office. She says her surveys indicate that the passengers might enjoy a light entrée on the Houston to Las Vegas flight. All we offer is peanuts, and she thinks a nice chicken Caesar salad would be popular. What do you say?”

The person stammered for a moment, so Kelleher responded: “You say, ‘Tracy, does adding that chicken Caesar salad make us THE low-fare airline from Houston to Las Vegas? Because if it doesn’t help us become the unchallenged low-fare airline, we’re not serving any damn chicken salad.’”

Strategy, as an abstract concept, isn’t helpful to anyone. Commander’s Intent can be defined as the core principle that defines your narrative and is also capable of dictating decisions at a granular level. “A well-thought-out simple idea can be amazingly powerful in shaping behavior.”

In this week’s Compass, we’re looking at defining your narrative and how your positioning can influence your growth trajectory. Southwest Airlines consistently outperformed its competitors, and we know who ended up as the Scranton branch manager at the end of The Office.

So if you had to sum it up in a line - what’s your Commander’s Intent?

A Professor’s Fish, The Winner Takes It All Myth, and 4 Acts of SaaS Brilliance

Understanding a significant marker of success in SaaS startups - Pivots

A meditative essay on dissecting the ingredients of a successful pivot

Your brand depends on picking the right problem to solve. But first comes the acceptance of what you don’t know.