I went to business school as a naive kid who hadn’t seen enough of the business world. I’d watch a lot of explainer videos, expert talks, and whatnot, and almost every day, I’d learn a new ‘jargon-du-jour’ and would wonder where I’d apply them.

That’s when I first came across Guy Kawasaki’s speeches on Youtube. And something about the no-nonsense, concise delivery, seasoned with a dash of humor and wit, had me hooked. In his book, ‘The Art of the Start,’ he writes,

Call me idealistic, but the genesis of great companies is answering simple questions that change the world, not the desire to become rich.

And that has been the basis of how I see the business world today.

Ten commandments for being a Champions of Change

From luxury cars to macintosh that democratized computers back in 1984 and Canva that democratized design, Guy has evangelized change and upset status-quo throughout his career. He calls it ‘Guy’s Golden Touch’ – whatever is gold, Guy touches.

In his keynote speech at Chargebee’s Champions of Change summit, Guy spoke about his 10-pointer advice to changemakers.

I’m summarizing some key learnings below:

As most great keynotes go, Guy begins with a story. The story of ice. Long before the refrigerators and freezers era, people in the 1900s would cut ice from frozen lakes and deliver it to people. This was Ice 1.0. Then came Ice 2.0, the ice factories that would supply ice in blocks. And then, there came the refrigerators, which made it possible for people to freeze food and perishables from their homes’ comfort. Refrigeration signifies Ice 3.0.

Most companies die because they are content with ‘Ice 1.0’. They fall in the trap of staying rigid in the confines of the definition of their current identity and do not embrace what’s over the horizon – another curve. They need to jump the curve to be ahead of the ever-evolving needs of the consumer.

Let’s take Apple, for example. The Macintosh was not a ‘better Apple 2’. It was the next curve in personal computing, just as the iPhone and iPads are on a different curve ahead of Macintosh.

So Guy’s first advice to the champions of change is:

Great change happens when you jump to the next curve.

2. Ask yourself “Therefore what?”

The question makes you wonder: What opportunity is the change creating? What is the impact of this change?

Let’s go back in time about 30 years. Cell Phones back then were these brick-like instruments that one had to lug around. We all know how fast cell phones have evolved. But what does that transformation make possible? If we didn’t have phones with cameras and data connectivity, Instagram wouldn’t be possible.

Another example is the rise of the era of subscriptions. Founders of Chargebee saw the SaaS wave coming and quickly became a change agent to fast-growing SaaS businesses to manage their subscription and recurring billings without hassle.

Especially in the pandemic with the world going remote, if businesses ask themselves, “what opportunities does this present for my business?”, they will be able to champion change even in difficult times like these.

3. Be willing to ignore everybody but listen to anybody.

Not everybody deals with radical changes in the same ways. Decades ago, some people couldn’t even imagine why a personal computer or a digital camera would be necessary. There will always be naysayers to a radical idea. The key to being a Champion of Change is to ignore the naysayers and stay true to your conviction.

Guy says even as you stand by your conviction, you must always be willing to listen to anybody. The best idea, revision, or change that could help you take your product to the next level may come totally from a left field. It could be a person who doesn’t have a fancy degree or title, but they can have an idea that you can’t discount. And hence you must listen.

Championing change is all about finding the balance between what you choose to ignore and what you listen to.

It is often the crazy and obsessed ones who create history. You have to obsess over your product or service to be able to champion change. Constant obsession isn’t always as bad as it sounds. It is what keeps these questions always in front of your mind:

How do I improve my product? How can I make it successful?

If you think you can be a Champion of Change and have ‘work-life balance’, I hate to break it to you, but that’s not possible.

So all the champions of change out there, stay hungry, and stay obsessed!

5. Be willing to be crappy.

Let’s face it – the first version or prototype of the product will probably be crappy. Guy quotes an example of the very first Macintosh. It had a 9-inch monochrome display, 128k of RAM, and a 32-bit processor. I can practically see all the millennials out their cringing. Guy says, ‘It was a piece of crap, but it was a revolutionary piece of crap.’

If you look back at the first version of your product and don’t cringe, it means that you didn’t ship it soon enough.

So Guy’s mantra number 5 says, the elements of innovation often have some crappiness to it. Don’t worry, be crappy.

6. Be willing to cannibalize.

This one starts with another story. The story of Kodak. We all have known and heard of Kodak film cameras. Get this – an engineer in Kodak in 1975 had invented digital photography. Then why isn’t Kodak the first name that comes up when you think about digital cameras?

Because Kodak wasn’t willing to cannibalize itself.

Guy says that Champions of Change are willing, if not eager, to cannibalize themselves. If you don’t cannibalize what you do, a start-up in a garage soon will. Use your profits to get to the next curve, even if that means you have to cannibalize yourself.

7. Be willing to change your mind.

Many people think that changing your mind is a sign of stupidity. Guy makes quite the opposite case.

Willingness to change your mind is a sign of intelligence and strength!

Let’s look at another example from Apple’s den. The older versions of the iPhone had a closed system so it was not possible to have any applications. If Apple had not reversed that decision, we probably would not have seen the iPhone becoming as successful as it is today.

To truly champion change, you must be willing to accept your mistakes and turn them around into something better.

8. Hire people who are better than you.

There’s always someone better than you in your functional area. They’re called ‘A players’. Guy says that as a champion of change, don’t be afraid to hire them.

The A players hire more players like themselves, or even better – A+ players. Instead, if you’re a B player, you end up hiring C players and it’s a slippery slope to Z players.  If you don’t hire people who are better than you, you pretty much sign up to be a part of a bozo explosion.

It should be a matter of pride for a champion of change that they have hired someone better. If you’re a CEO with expertise in your product, you hire someone who is better at marketing than you do and let them do it as your company evolves.

Before you start squirming in your seats – this isn’t the same churn as we see in SaaS. Churn in this case, means always churning a better product out.

More often than not, people think of change as an ‘event’. If you announce a product in a grand ceremony and believe that this is it, you couldn’t be more wrong. Guy says that change, in fact, is a process. Perfecting your product, iteration after iteration, may take decades.

Innovation is a decathlon, not a sprint.

There’s going to be an array of hurdles in this decathlon, but that’s what it takes to champion change.

10. Brace yourself for a long haul.

As a change champion, resign to the fact that it’s gonna be a long haul. In one of my favorite speeches by Steve Jobs, he says:

“We’re here to put a dent in the universe. Otherwise, why else even be here?”

But it doesn’t mean that you have to move mountains with every step you take. You don’t have to be Steve Jobs, Elon Musk, or Thomas Edison to champion change. Denting the universe in your small way matters just as much. As the law of big numbers goes, if all of us contribute in our little ways, it will always add up to the bigger picture.

After all, championing change is all about making the universe better, one dent at a time.

And there you have it! Do you have any stories or experiences with your journey in championing change? Please write to me at nupura@chargebee.com. Let’s discuss!

Get the scoop on what's new
Related Read | ~8 min 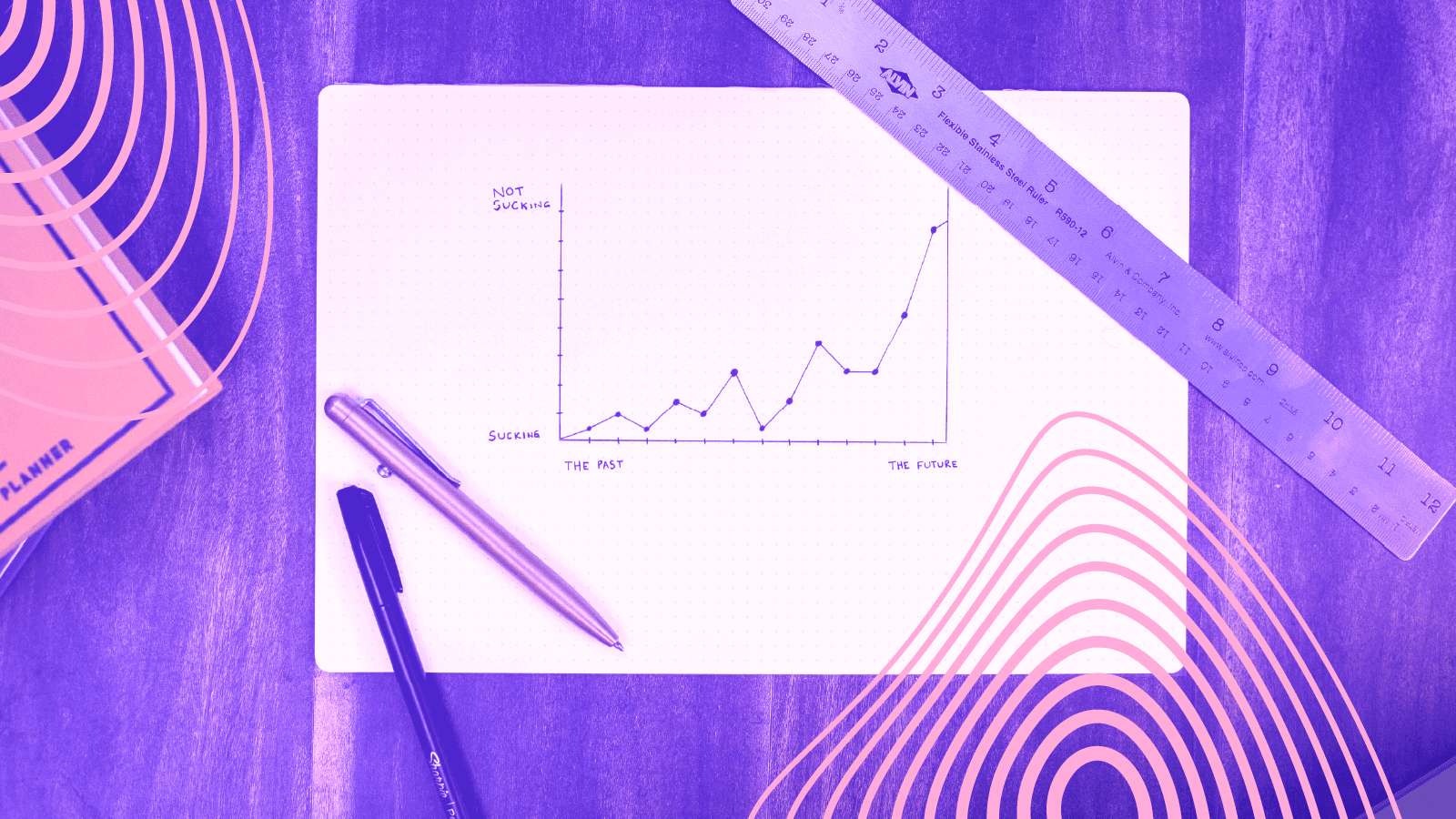 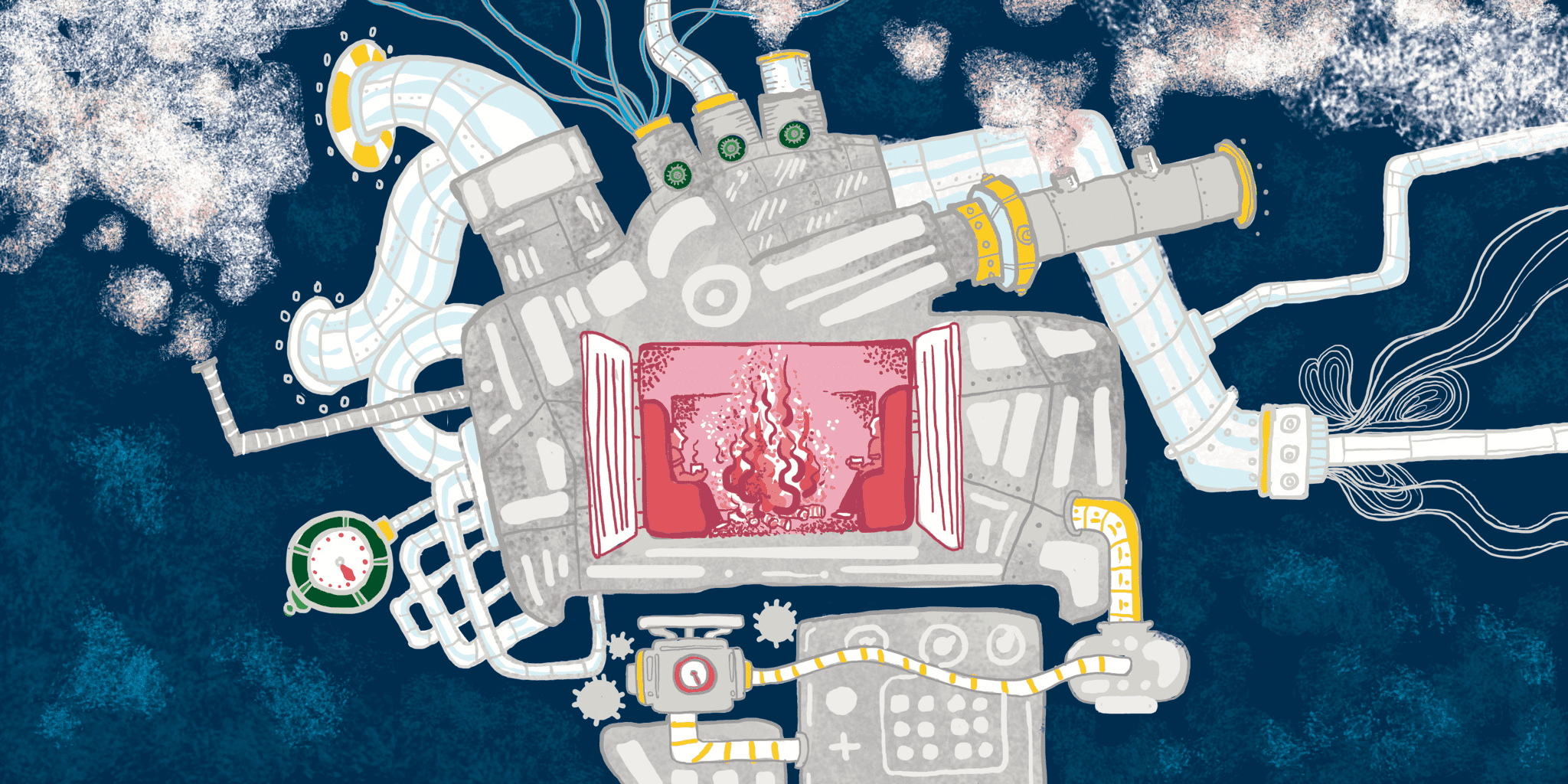