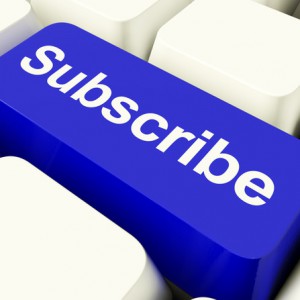 Was anyone really surprised when the Washington Post announced back in December that they planned to start charging web users to read their content at some point in 2013? Most journalism and subscription business experts viewed the move as inevitable, considering that the paper was among the last hold-outs in their niche, joining the New York Times, Wall Street Journal and many others.

By the end of 2013, more than 360 of the best journalism sources in the United States will charge for premium access to content. No one has gone completely dark; the New York Times allows readers access to a limited number of articles each month, while the Post may allow readers access to major headlines. However, the pay wall model is indicative of changes in journalism and an overall move towards a subscription economy.

20% of Newspapers Now Use a Pay Wall

1 out of 5 daily newspapers in the US now cater to online subscribers through a pay wall, according to a recent report by Mashable. The model may decrease the number of daily hits to the website, but it’s an overall savvy move for many companies. As of June 2012, the New York Times reported over 1/2 million online subscribers.

Despite the fact that it’s becoming apparent that pay walls are a viable solution, controversy still surrounds the model. While many may claim that pay walls simply don’t belong on an open web filled with free information, the fact is that consumers are willing to pay for quality.

Access to Information Is No Longer a Pain Point

The subscription model is nothing new for the newspaper industry. Several decades ago, consumers had no choice but to pay a local news source for access to information. However, with the rise of the internet, access is no longer a problem. Quality is.

2 million blog posts are written by internet users every 24 hours, enough content to fill Time Magazine for 770 years. It’s been stated by humorists that never before has so much content been published and read so little.

The truth is, we’re living in an era of content abundance, and content curation has become a real art form for consumers who are simply overwhelmed by options. It’s also no secret that a large percentage of content available for free on the web isn’t high-quality. Consumers are willing to pay for access to information from sources they trust.

Newspapers who are still making ends meet with advertising revenue may have a high readership, but do they have loyal readers? New York Times contributor David Carr is of the opinion that the journalism industry often misses the point entirely in conversations about the benefits of a pay wall. Charging for your service means you’ll have a smaller audience, but the people who want to pay will be an engaged audience. He writes “behind the pay wall is a more loyal customer, one that the publisher can sell to at a premium.”

There’s another shift ahead for journalism, and the newspapers who weather this shift well will be the ones who don’t just put up compelling content, but put significant effort towards engaging and rewarding their paid subscribers. While the audiences of journalism on a monthly-subscription basis may be much smaller, their value to the source is much higher.