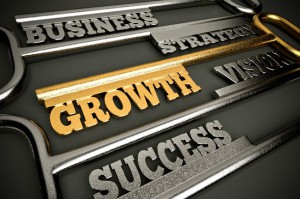 In a recent article, Paul Graham advises companies to do things that do not scale. His argument is that doing things on a smaller scale at the beginning lays the foundation for future success. Since the publication of Paul Graham’s article, various startup bloggers have come to support or dispute Graham’s theory. Check these articles by Forbes and 37 Signals. But what are SaaS companies doing to scale?

Many startups have scaled to profitability by focusing on key areas of their business. Let’s look at two successful SaaS startups.

Hubspot is arguably the most successful internet software marketing company. The company, founded in 2006, grew by 81 percent in 2011 and 82 percent in 2012. 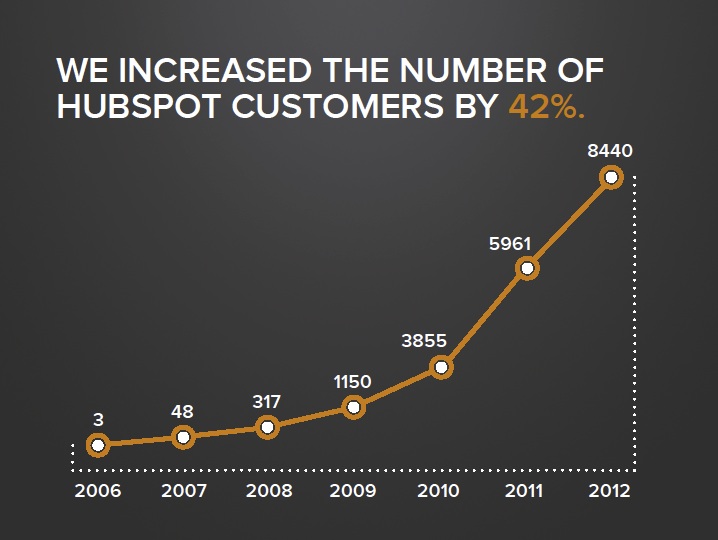 How did Hubspot do it?

Looking at the above chart, the customer numbers tell the whole story. Consistent customer acquisition over the 50% mark left the company with higher ARR. Hubspot’s cost of acquiring customers is also significantly cheaper than the typical SaaS company. In a discussion in Quora, one of Hubspot’s employees indicated that the company generates about 45K to 50K new leads per month. Out of these, 60% to 80% comes from inbound marketing.

Acquiring leads through inbound marketing is cheaper by 60% than using outbound marketing methods. Hubspot puts a lot of effort in inbound marketing. The company’s blog is full of internet marketing articles and resources with which the company generates leads. In fact, all their blog posts end with a call-to-action to download a whitepaper, report or another resource.

When leads enter their emails and download the resources at Hubspot blog, they are followed up with a series of emails inviting them for demos or trials. The efficient inbound sales follow-up process makes the Hubspot an easy sell and drives conversions. Here are some critical lessons from Hubspot.

Braintree is one of the online payment gateway leaders with estimated yearly revenue of between $9 million to $10 million. The company was recently bought by eBay as the online auction site seeks to strengthen its footing in the mobile money space.

Before Braintree began operations, there were other more established players. What made Braintree scale fast was its championing for data portability among payment providers, something that was not being practiced in the past. Apart from this, the company offered transparent pricing, attracting customers who were tired of many hidden fees other payment providers charged.

Braintree’s low monthly payments and easy setup made it a scale faster. The company leveraged on modern technology which gave it clear advantages over other payment services providers that didn’t have their own technology or whose technology was subpar. With their great customer service, modern APIs and clear documentation, Braintree eliminated the hassle of getting online payments for many customers.

The company constantly innovates on top of the dated payment processors and controls transactions end to end, thereby offering a richer solution across the board and better customer service.

From the two examples, it is clear that scaling is not just about getting customer but doing things that will have an impact on your business well. Hubspot focused on low customer acquisition while Braintree focused on great technology. Both companies scaled fast. How are you scaling your startup?