In the early 1930s, a traveling salesman and his wife started mailing a notebook to their Christmas list, it had detailed notes on where to eat and where not to eat along the highways of America.

It was an instant hit.

Next year, more people wanted to be on the list.

This demand led the couple to a realization, that there were other travelers wandering the highways in search of a decent meal, who could benefit from some useful information.

That’s when they decided to publish the notes as a book in 1936.

The book was called “Adventures in Good Eating” and it contained detailed notes on restaurants that Duncan Hines had visited working as a salesman for a Chicago based direct mail marketing firm, documented over a span of 10-15 years.

Before the internet. Before TV’s growth had attained critical mass.

Duncan Hines’ extensive reviews caught on. Followed by similar books on cooking and traveling, selling almost 2 million books between 1936 and 1947.

A century later, people still seek reviews to make sure they’re making the best decision before they make a purchase. Fueled with internet’s distribution prowess, reviews have only gotten more powerful.

As a follow-up to our last post, here’s another idea that you can steal this holiday season. Get your subscription box reviewed by a pro reviewer.

Here are two ways to get started with your outreach –

Let them try your goodies. They’re always on a lookout for interesting stuff. Abstain from sending out half-baked boxes, make sure they get the same products that a paying customer would receive.

They have a passionate following. If you can help them spread their love with their audiences, they’d love it. Give out exclusive coupons for them to share. Simple as that.

Over to you. Amaze them. Earn their love.

Get the scoop on what's new
Related Read | ~2 min 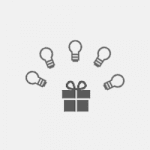 Do you run a Subscription Box Startup? Here are 11 Holiday Season Gift Ideas to Steal From
Related Read | ~3 min 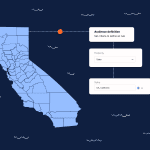