For the first time in its history, The New York Times’ digital revenue was higher than the money brought in from print subscribers during its September quarter in 2020.

While the company’s digital revenue grew 34% to $155.3 million, print subscribers’ revenue declined 3.8% to $145.7 million. And what’s more, revenue from digital subscriptions helped cushion an overall 30% fall in advertising revenue as well. The company has more than seven million subscribers and well on its way to reaching its target of 10 million subscribers by 2025. The company added 2 million subscribers in the last year alone, a number it took four years to get when it first launched its digital paywall in 2011. Mark Thompson, who led the NYT’s digital transformation, said in an interview with McKinsey that the initial psychology inside the Times and other newspapers was that all you had to do was get a bigger audience and transfer the wonderful economics of print advertising to digital. “I didn’t buy that. I think digital can be useful. I think it’s an important adjunct source of revenue. But I never thought it would save the Times. It had to be subscriptions.”

While it marks the completion of a remarkable transformation of a 170-year old traditional global news brand into a digital-first subscription business, it also shines a light on the way forward for publishers. Investing in subscription-first strategies and high-quality content will be crucial for their future success.

Even before the pandemic struck, the publishing industry was in the throes of change. Since their share in global advertising has been on a slippery slope, increasing reader revenue has been a strategic focus over the years. According to GroupM, the WPP-owned media buying agency, in 2000, newspapers and magazines attracted half the advertising spending worldwide. Over the past two decades, their share of the $530 bn market has dwindled to less than 10%, with platforms such as Google and Facebook taking away a large chunk of the local and classified advertising. The forecast is gloomy as well. Global newspaper advertising revenue is expected to fall further from $49.2bn in 2019 to $36bn in 2024. With advertising revenue not likely to make a significant comeback in the near term, subscriptions and increasing reader revenue will be the single largest growth driver for publications.

Digital for the win

While the global pandemic has forced several publications out of business, the changing consumer behavior and competitive landscape also allowed some organizations to emerge stronger thanks to the surge in digital subscriptions, their ability to diversify revenue streams, and lesser competition.

Despite the challenges that the global pandemic has thrown its way, publications have a thing or two going in their favor. Organizations that can capitalize on these trends will emerge more potent in the new landscape. First, most publishers saw a spike in traffic as more people sought more information about the global pandemic as it unraveled.

Many publishers took advantage of the traffic and dropped their paywalls for coronavirus related content. People also chose to read more non-coronavirus related lifestyle content as a distraction from the crisis and escape the monotony of work from home. For publishers, this was also an opportunity to reach new readers and hopefully convert them into paying subscribers.

Since acquiring customers is almost five times more expensive, publishers need to retain the customers by reducing churn, dynamic pricing, and managing trials. An automated billing and subscription management system can help publishers do that while focusing on providing customized, high-quality content that appeals to a subscriber’s broader interests.

Second, consumers now are more than ever willing to pay for content, and subscriptions are becoming more commonplace. According to Deloitte’s latest Digital Media trends survey, U.S. consumers had an average of 12 paid media and entertainment subscriptions pre-COVID-19, with millennials averaging 17 subscriptions. During the lockdown, consumers are consuming more media and subscribing to more services to try out new content, which provides a window of opportunity for publishers to find creative ways to reach out to a new and growing audience. Many have already launched new products such as coronavirus podcasts, text message alerts, and newsletters to stoke their new audience’s interest. “What we didn’t know in 2012 was how rapidly Netflix and Spotify and others were going to habituate users to pay for premium content and how much easier it was going to be for users on their smartphones, particularly, to subscribe and unsubscribe quickly. But around the world as a whole, this process of habituation only just begun, and we see more willingness to pay for news,” says Meredith Kopin Levien, CEO, The New York Times.

So publications need to lean into the idea of being a subscription business first and invest in providing a great user experience. Having a robust subscription system will help monetize your user base and offer a great user experience with a frictionless payment experience. It will allow you to provide limited period trials, retain customers with one-time discounts and promotions, cross-sell and offer readers the flexibility to pause and reactivate subscriptions or upgrade to higher plans with ease. All this while you can focus on generating high-quality content that will help you differentiate from competitors and drive growth over the long term.

There’s light at the end of the tunnel

While there is no doubt that these are challenging times for the publishing industry, there is a glimmer of hope. Speaking at a Goldman Sachs conference, NYT’s CEO Meredith said: “We think there are at least 100m people over the next ten years who will pay for journalism.” She expects NYT to capture nearly one-fourth of that growing market. With the discerning customers willing to pay for premium content and the high operating leverage that the business offers in the long-term, publications need to focus on increasing reader revenue through subscriptions to tide over the short-term crisis. As Dan Ison, Lead Partner for Telecommunications, Media and Entertainment at Deloitte, says, “In time, advertising revenues will build again, but it will be subscription revenues which provide publishers with the resilience they so badly need.”

Talk to us to know more about how Chargebee can help you implement and scale your reader revenue model. 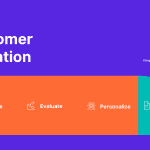 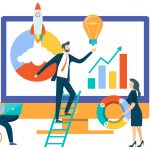