It was the end of the month.

At a late-stage VC-backed business we currently work with, the finance and development teams locked horns in an accountability battle – a chaotic ‘Billing War.’ Spears were flung, and shields were raised.

The finance team was agitated by the inaccuracies of an archaic billing system the developers had compromised time, resources, and the product roadmap to build. They launched a swarm of questions at developers who were already grappling with stringent feature release timelines:

“We’re working on an important feature release, and cannot afford to write yet another billing code in the middle of it.” the Product Manager retorted angrily. Yet another valid claim! After all, between improving your product and improving your billing, what would you have chosen?

There is often little reason in an angry exchange to stipulate a sustainable answer. Both warring factions understood it. They decided it was time for them to finally accept that their billing system was “built many moons ago” and now needed to scale with their business.

When we spoke with them, the Senior Finance Manager looked back at the time, almost with visible agony – “It did certain basic functions, but demanded heavy lifting for every other billing scenario,” she said.

It is an unsustainable ask for any two teams to forsake their commitments to the business and invest time to go back and forth solving the billing complexities that every upgrade, compliance, pricing, and reporting demands.

I mean, upgrading a customer to a premium plan was never just an upgrade. The dev team had to riddle the finance teams endlessly while writing the code to accurately bill customers. On the other hand, the finance team needed to grapple with indefinite developer dependency to implement the simplest changes in their billing/invoicing process.

When does the billing period start for the upgraded plan? Will the payment be on a prorated basis? Is the customer on a yearly plan? Will the discount now be applied to the new plan rate?

A dozen more variations turned every customer’s subscription plan into a new and unique billing war.

Resolution: The Hunt for a Robust Off-the-shelf Billing Software

It was then that our client-in-focus decided to call it quits with their internal billing system and look for an off-the-shelf solution that solved their problems instead.

The prerequisite – the solution should work for both the teams and, most importantly, understand their customer’s unique subscription needs.

A must-have for the developers was robust APIs and SDKs that enabled a seamless migration from their in-house billing system without hampering their customer experience. And, configurable events and webhooks that allowed a truly personalized billing workflow.

On the other hand, the finance team wanted to automate their financial operations workflow from invoicing, reconciliation, and compliance to revenue recognition and reporting. They wanted to diversify their pricing plans and handle upgrades/ downgrades and pro-rata billings with zero-dev dependencies.

In one of their early conversations with Chargebee, the Senior Finance Manager expressed her interest in running pricing and plan experimentation. “Our existing system doesn’t allow us to bill an annual upfront. Again, if we wanted to bill every three months rather than monthly, we need to literally build an invoice manually on a spreadsheet or PDF and send it to the client,” she lamented.

The team requested a means to actively run pricing experiments without the fear of breaking their billing system. In fact, they needed a tool that could aid their experimentation exercise, help them launch new plans and pricing iterations in just a few clicks without developers having to restructure existing code.

This is where Chargebee’s Product Catalog stepped in. With 67+ readymade pricing models, the Product Catalog helped the team experiment and test the efficacy of their pricing remodels in minutes.

The team could also add and run A/B tests on coupons, and new discounts, all from a toggle on the Chargebee Dashboard.

You can’t improve what you don’t measure. After a recent acquisition, our client had four companies or entities running on their billing system. This made finding clarity across data from disparate sources difficult.

“It took us a couple of hours every month to manually download the files for each entity, export those into an Excel or CSV format, and slice up the data manually to make sense of it.”- Senior Finance Manager

On integrating with  Chargebee’s Revenue Story, the team had immediate access to over 150 ready-made reports that analyzed and highlighted actionable insights on new sales, payments collected, monthly recurring revenue (MRR), activations, churn, and beyond. All of this, while operating as a single source of truth for data generated across all the entities within the business.

Not only was the finance leader equipped with resources to “prepare for board meetings, frustration-free,” she also had the resources to define progress, dive down on non-performing elements and lead her meetings with directional insights.

“While we only sell a standard package, we do allow existing customers to upgrade and downgrade their plan,” the Product Manager said. “We also have a range of value-added products. Adding any of these items into an invoice, in the middle of a billing cycle  also takes a lot of development work.”

In Chargebee, the team found a much simpler way to bill customers. Not only did it bypass the need for developers to build custom codes for every new billing instance, but it also put invoicing control directly in the hands of the finance team.

Invoicing proration was now possible to an extent never imagined before. The finance team could implement no-code upgrades/downgrades on invoices based on usage, day of the month, business model, etc., with complete autonomy.

Quite similar to their prorated billing situation, the developer team also needed time to invest in isolated efforts every time a change was requested on a customer invoice.

“Our previous billing system didn’t allow the finance team to preview the invoices. In case there’s a mistake, the developer will need to go into the back end, change the relevant flag, and change the code to pull the correct flag and show the right data,” the Product Manager emphasized.

This cyclical back-and-forth not only made editing invoices an onerous manual process but also consumed “30% of the development team’s bi-weekly sprint.”

At this point, the ability to preview invoices and update them for any changes wasn’t a P0 project, it was an ‘alert the firemen!’ project.

With Chargebee, the finance team could preview the invoices and credit notes before being sent to the customer. Every new subscription or change to existing subscriptions (such as plan upgrades, applying add-ons, and so on) could be created as Quotes by the sales team. Post the finance team’s approval, the quotes are converted into an invoice to be sent to the customer.

In case of a mistake, the team could also update or add the customer’s details like billing address, tax, PO number, etc. or regenerate a new invoice with the correct invoice amount using the Regenerate Invoice option in the Chargebee dashboard.

Last but not the least, solving for the manual revenue recognition was a non-negotiable.

“Because we can’t raise annual invoices on the billing system, it doesn’t account for any deferred income. So we export the invoices, put those into Sage, then calculate the deferred income on the manual invoices, plus the accrued income, etc. Putting all of these pieces of the puzzle together is a huge challenge at the moment,” the Senior Finance Manager explained.

The requirements were ticked off. And, Chargebee was onboarded to end the billing wars for once and for all.

Like our client-in-focus, every subscription business suffers from the ‘We’ll build it ourselves’ syndrome until they realize the cost it comes with.

I mean, of course, you’ve hired the best dev and finance talent, so you can build it.

But the real question is, should you?

Do you really want to focus on hiring and managing a ‘billing engineering’ team? Or, have your best minds focus on your core competencies and key revenue drivers that will help scale your business , and leave your recurring billing to the #1 Subscription & Revenue management software?

The choice is yours.


Get the scoop on what's new
Related Read | ~5 min 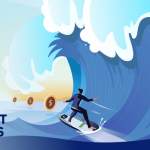 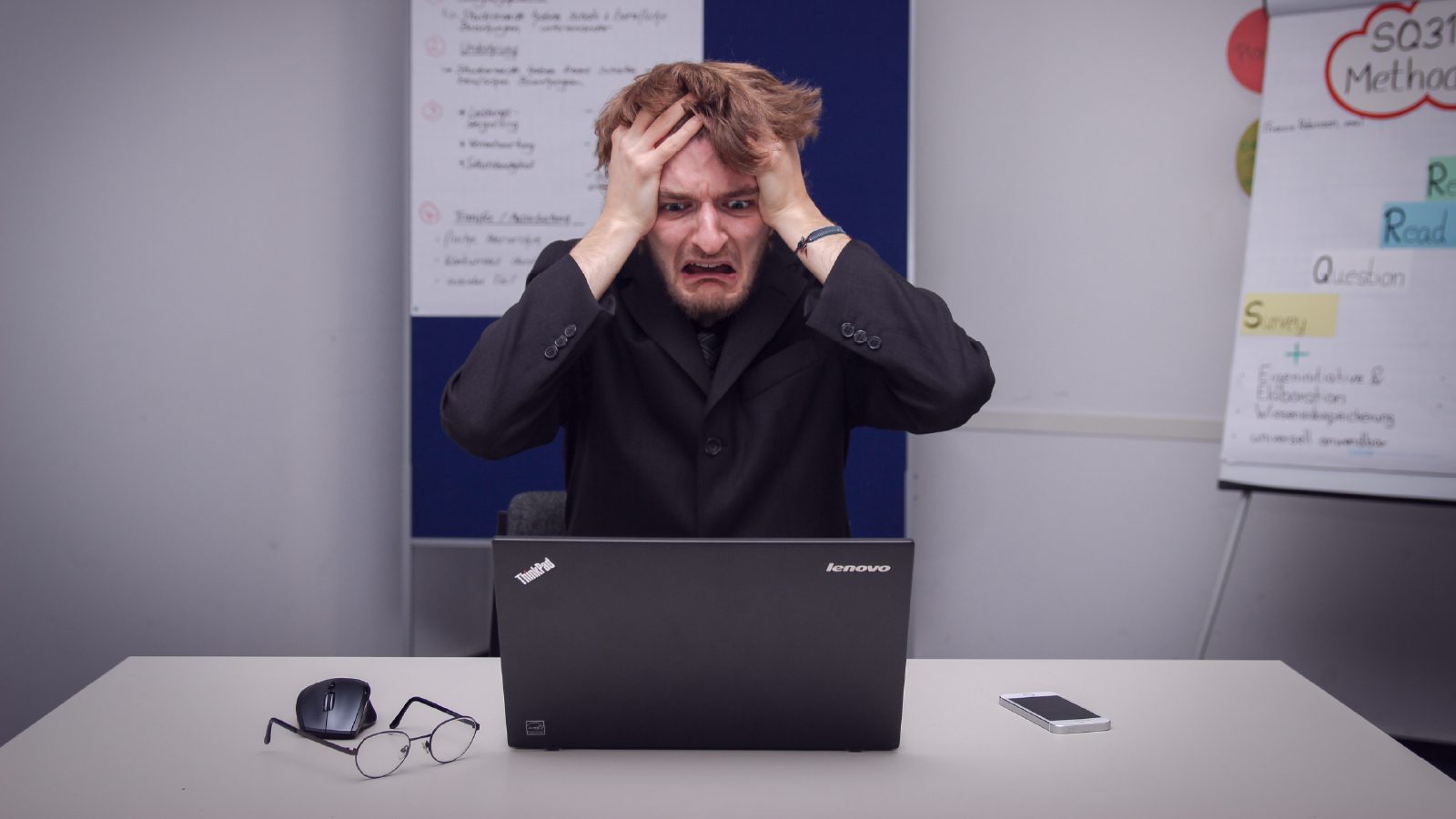 Recurring Billing Issues: 7 Common Challenges and How to Overcome Them